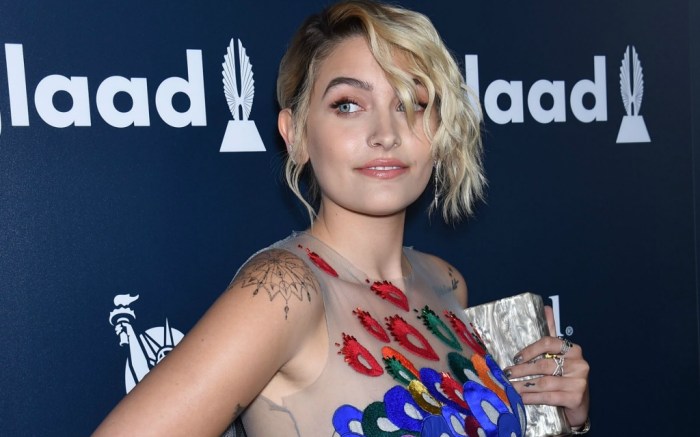 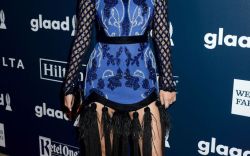 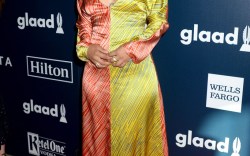 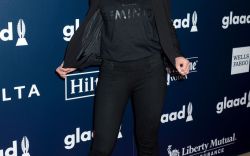 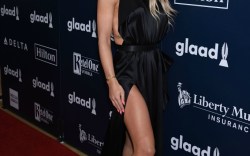 The stars aligned in support of the 28th annual GLAAD Media Awards, which celebrated fair and inclusive representations of the lesbian, gay, bisexual, transgender, and queer (LGBTQ) community.

And the ceremony held on Saturday at The Beverly Hilton in Beverly Hills, Calif., attracted sleek style statements on the red carpet.

Patricia Arquette, who was honored with the Vanguard Award, looked elegant in a one-shoulder floor-length dress and paid tribute to her late sister, trans actress Alexis Arquette. “Whatever mark I make in activism will always pale in the light of Alexis’ bravery and the light of every trans kid growing up in America,” she said during her acceptance speech. “She wanted to help move the world forward to a time in the future where every trans kid could live up to their full potential.”

“We’re in Canada and there is no Target, so there’s a lot of H&M and that’s more fun for me,” Leigh explained, “So I buy stuff for my kids, but at the same time it’s okay if it gets dirty. I don’t trust myself with a nice pair of sunglasses, so I’m not going to trust my kid.”

Still, Lima did recently splurge on a pair of boldface name heels, but she’s getting plenty of mileage out of them.  “I recently bought a pair of velvet Prada Mary Janes that I’m obsessed with and they are over priced, so I try to wear them with everything so that I can justify it,” she shared.

Victoria Justice rocked a bold fringe dress with bead detail and a pair of black sandals, and Gigi Gorgeous had on a halter-neck gown teamed with white peep-toe studded heels.