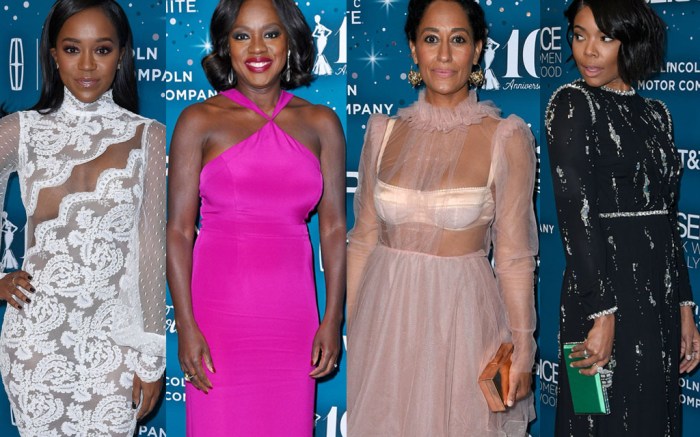 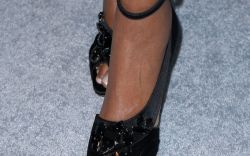 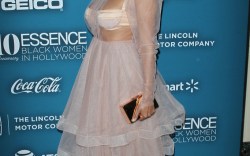 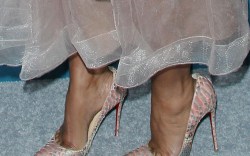 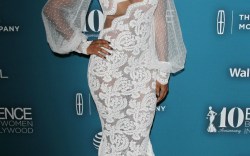 The stars aligned at the 2017 Essence Black Women in Hollywood Awards, where sleek fashion statements were not spared. The 10th anniversary celebration was prerecorded on Feb. 22 ahead of the Oscars and will air today at 10 p.m. on OWN.

Gabrielle Union, who served as the night’s host, was beaming in head-to-toe Prada, donning a black and silver dress teamed with black embellished peep-toe pumps.

Speaking to Footwear News at the ceremony, the wife of Chicago Bulls star Dwyane Wade said competition is fierce in their household as she tries to keep up with the baller’s many endorsements.

“I’m just trying to keep up with my husband,” Union shared. “Every day I’m like, ‘Dammit, you have added another brand?’ Back to the drawing board.”

Singer and “Hidden Figures” actress Janelle Monáe donned a black, white and yellow suit for the event, where she was honored with the Breakthrough Award.

HBO “Insecure” creator-star Issa Rae, who was awarded the Vanguard Award, chose a sexy and elegant black embellished dress for the occasion.

Viola Davis, who won the Best Supporting Actress Oscar for “Fences,” went with a bold bright pink floor-length gown for the awards, where she was a presenter.

Aja Naomi King, Davis’ “How to Get Away With Murder” co-star, wore an ethereal white gown for the event, where she was awarded with the Lincoln Shining Star Award.