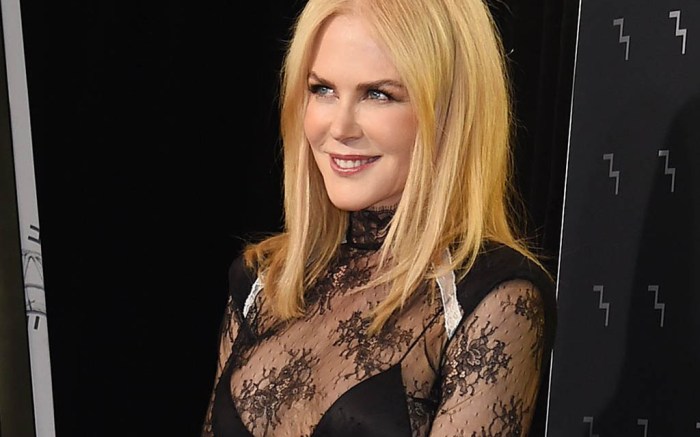 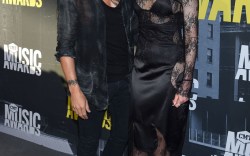 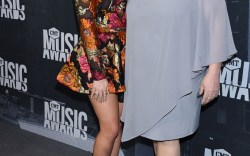 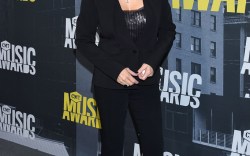 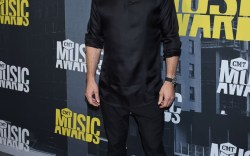 Sometimes movie stars like to play it safe with their style — opting for ballgowns and traditional formal fare. But Nicole Kidman was out of her element on Wednesday in Nashville at the 2017 CMT Music Awards, and she embraced a new edgy fashion statement.

The “Big Little Lies” actress hit the red carpet alongside her husband, Keith Urban, in a fall 2017 Off-White dress that included sheer panels around the décolletage that showcased a bralette. She completed the look with black sandals that had crystal-embellished straps around the toebed.

Meanwhile, Rachel Bilson showcased her interpretation of a naughty-meets-nice look, teaming hard and soft elements such as a ladylike white blouse that incorporated ruffles around the neck and sleeves with a black leather studded mini skirt. Her black shoes had a pointed-toe profile and laces that tied at the ankle.

Kelsea Ballerini sizzled in a black and white Haney dress that featured a wide slit — better to show off her gold sandals.

The metallic shoes incorporated thin straps around the ankle, toebed and midfoot on a 4-inch stiletto heel.

The CMT Music Awards is a fan-voted show that honors excellence in country music videos and television specials.

Click through the gallery to view more style on the red carpet.