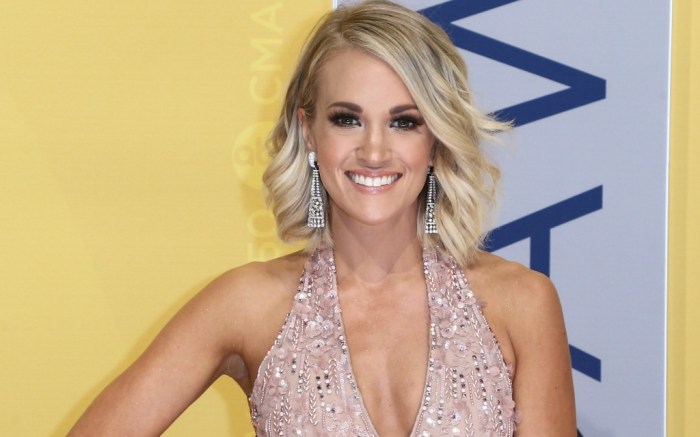 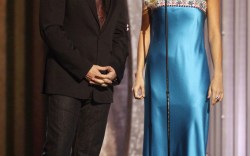 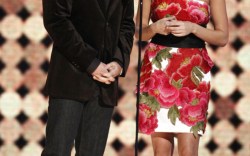 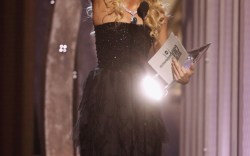 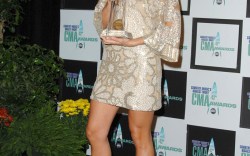 A lot of things have changed in the past 10 years, but the co-hosts of the CMA Awards haven’t: Carrie Underwood and Braid Paisley first took the reins in 2008 and return for the 10th straight time when the program airs Wednesday at 8 p.m. ET on ABC.

Over the years, Underwood has sported a wide variety of looks, both on the red carpet and onstage. In addition to co-hosting, the singer has performed numerous times, both to promote her music and to pay homage to country stars of years past — and she’s been known to change outfits multiple times, wearing as many as 10 during some broadcasts.

In her first year as co-host, Underwood proved herself a red carpet risk-taker, posing in a chartreuse gown with a plunging neckline. Throughout that night, the singer donned numerous outfits, including an electric-blue floor-length gown and a red rose-covered minidress with strappy black sandals.

In years since, the singer has artfully toed the line between edgy and sweet. She’s worn everything from pastel gowns with sweetheart necklines to leather thigh-high boots, demonstrating her versatility both as an artist and as a host.

In 2014, Underwood — then pregnant with son Isaiah — worked around her baby bump. The expectant mother hit the red carpet in a nude gown with a forgiving waist, sporting a babydoll dress and multiple gowns belted at the waist as she took to the stage.

Last year, the hostess took home the prize for Female Vocalist of the Year.

While Underwood wore nine different looks at the awards ceremony, her most notable was an embellished gold Elie Madi minidress, which she put on before giving an emotional speech to commemorate her big win.

Underwood is up for the same honor this year, but regardless of whether she wins, she’ll be sure to sport some hardware in the form of glamorous red carpet jewelry and glistening gowns.

See more of Underwood’s looks at the CMA Awards over the years.