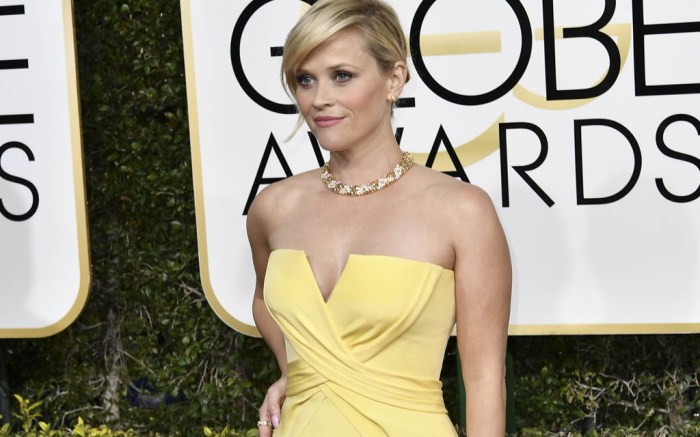 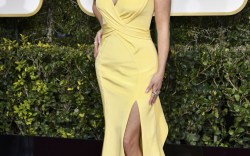 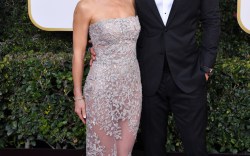 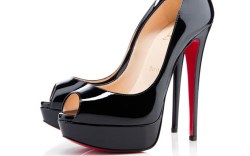 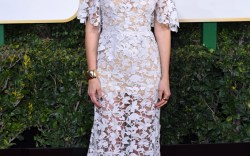 There’s no better place to put a red bottom than on a red carpet. And at the 74th Golden Globes today in Beverly Hills, Calif., some stylish stars were soaring above other celebrities in high Christian Loboutin heels.

Stomping out with 6-inch boosters, Reese Witherspoon and Elsa Pataky (pictured with husband Chris Hemsworth) had on the same Louboutin Lady Peep silhouette (another version available online for $945). However, Reese customized her yellow version to include an ankle strap, and Pataky, wife of Chris Pine, was in the champagne color.

Blake Lively and Kristen Wiig trotted out in 5.5-inch platforms.

Meanwhile, the luxury label’s mens’ styles were represented on the red carpet, too.

Jeffrey Dean Morgan was ahead of the other guys in the Milan Flat lace-up boot that features a 1-inch heel ($1,095). Chris Pine and Andy Heldeberg both wore Dandelion .75-inch heels ($895), and Reynolds also had .75-inch heels with his Top Daviol shoes. Chris Hemsworth in Cousin Greg had .5-inch heels ($1,150).