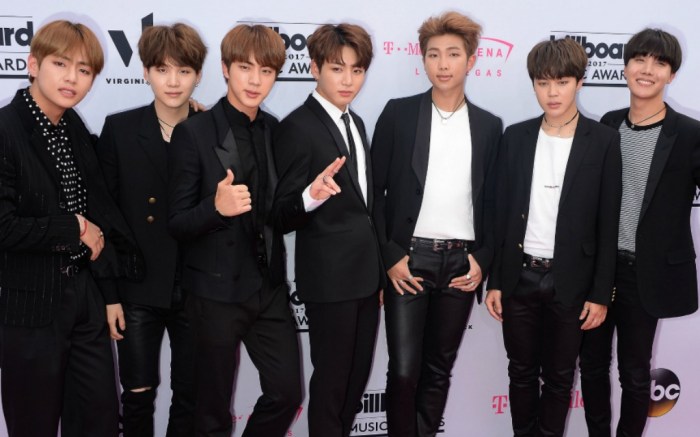 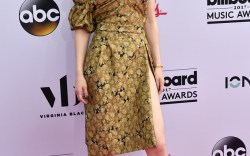 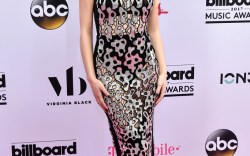 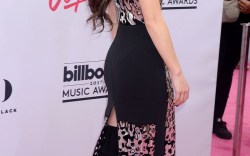 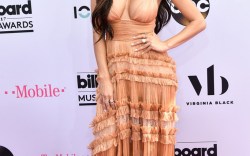 Their name is the acronym for Korean term “Bangtan Sonyeondan,” meaning “bulletproof boy scouts” in English.  The guys, who have become global pop sensations over the past year, are also known as the Bangtan Boys.

The musicians, who are known for wearing similar looks on the red carpet, opted for mostly black ensembles for their first U.S. red carpet appearance.

While a few other artists went for classic suits, BTS chose to mix things up with a jacket over a simple jeans-and-T-shirt look.

As for footwear, most of the group’s members donned a variety of black styles on the pink carpet, except for a pair of silver metallic chelsea boots. The boys have been know to wear Gucci and Christian Louboutin shoes.

The show airs tonight live from Las Vegas at 8 p.m. ET on ABC.

Click through the gallery to view more red carpet styles.