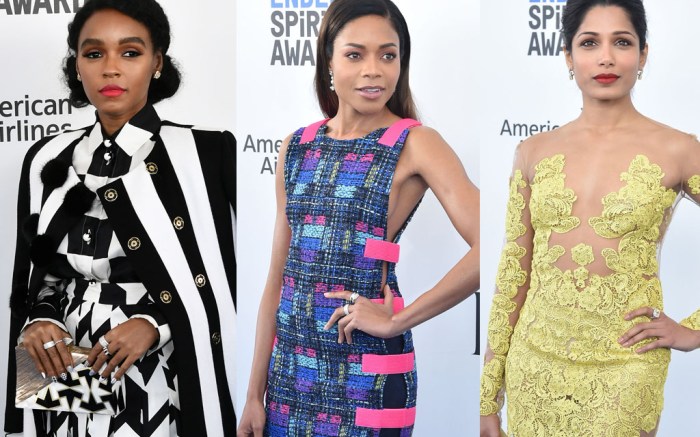 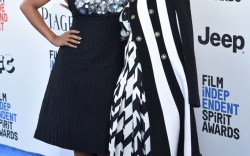 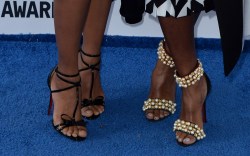 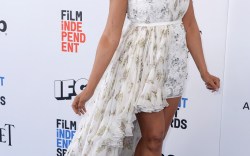 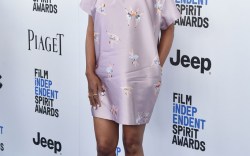 Of course, the ceremony attracted a star-studded roster of actors stepping out in style.

Among them, Janelle Monáe made one of the most striking appearances on the blue carpet. The “Moonlight” actress rocked a Salvatore Ferragamo ensemble teamed with an elegant pair of Christian Louboutin “Tudor Bal” heels.

The singer-turned-actress, who also stars in Academy Award-nominated “Hidden Figures,” was joined by her “Moonlight” co-star Naomie Harris, who had on a tweed Chanel dress teamed with black pumps from the brand that had pearl detail.

Also incorporating the pearl embellishment trend was Frieda Pinto, who rocked Nicholas Kirkwood’s “Penelope” sandals that include a pearl-inset heel with a yellow Uel Camilo dress. The shoes retail for $795.

Kerry Washington wore a Prada dress that featured floral embellishments around the bodice, and she completed the look with Christian Louboutin’s “Blakissima” sandals. The spring ’17 shoes retail for $1,095.

Kate Beckinsale looked chic in a Pamella Rolland gown that incorporated feathers and a long skirt. The actress rocked a simple pair of Stuart Weitzman sandals that pulled the look together.

Click through the gallery to see more of the best dressed celebrities at the Film Independent Spirit Awards.