The Best Red-Carpet Looks at the 2017 SAG Awards 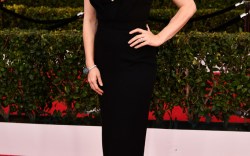 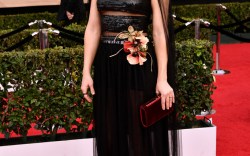 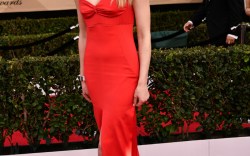 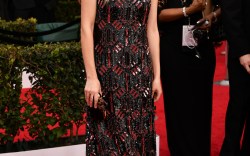 While the casts of “Hidden Figures,” “Stranger Things” and “Orange Is the New Black” were the shining stars at the 2017 Screen Actors Guild Awards, the show’s red carpet had its own list of winners.

Thanks to Michelle Williams, Emma Stone and Taraji P. Henson, the night’s fashion did not disappoint.

Williams, who was nominated for her performance in “Manchester by the Sea,” chose Louis Vuitton from head to toe, yet again. Hidden under the sequin gown were the French label’s Crystal Flower sandal in suede baby-goat leather with a transparent heel in the shape of the Louis Vuitton monogram flower.

Stone had a night to remember, wearing a pre-fall ’17 Alexander McQueen dress. She paired the asymmetric draped frock with her go-to awards season shoe: the Jimmy Choo Minny sandal. Stone took home the SAG award for best actress for her role in the musical “La La Land.”

Henson also chose Choo shoes, only after wearing Rihanna’s Puma faux fur slides before hitting the red carpet. She told E!’s Guiliana Rancic that she felt like a Barbie doll in the embroidered Reem Acra gown.

During the show, Henson took the stage to accept the SAG on behalf of her “Hidden Figures” cast, which won for Outstanding Performance by a Cast in a Motion Picture. She said, “This story is about what happens when we put our differences aside and we come together as a human race. We win. Love wins every time.”

Monáe, who stars in “Hidden Figures” and Moonlight,” gave us a clear view at her shoes once again on the red carpet. She wowed in Giuseppe Zanotti heels at the 2017 Golden Globes, but this time, she opted for a strappy pair of Stuart Weitzman sandals.

Sofia Vergara gets an honorable mention for giving us an unexpected red-carpet ensemble. The “Modern Family” actress showed off her Charlotte Olympia platform heels paired with a tea-length Zuhair Murad dress.

Check out the gallery to see more celebs on the 2017 SAG Awards red carpet.

Taraji P. Henson Wishes She Could Have Worn These Shoes To the SAG Awards