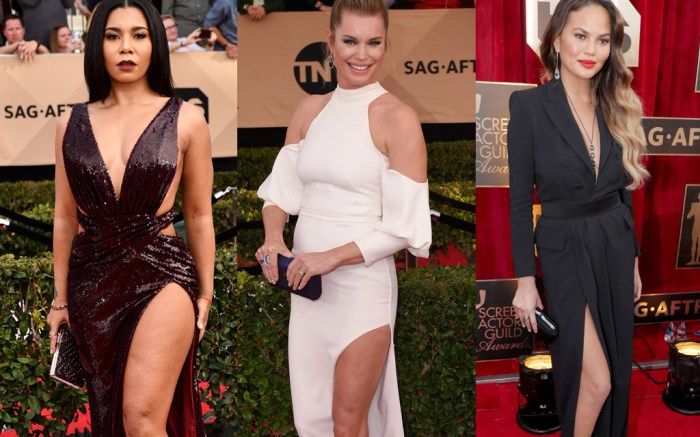 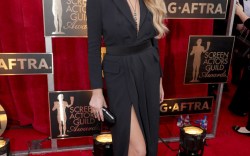 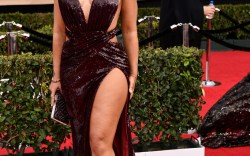 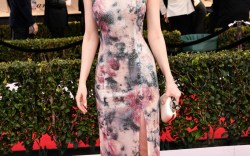 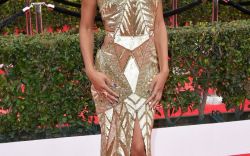 The 23rd Annual Screen Actors Guild Awards is a ceremony that is known to be a little more relaxed than the Golden Globes and the Academy Awards. So it’s not much of a surprise that more than a few stars decided to show some leg tonight on the red carpet.

“Orange Is the New Black” actress Jessica Pimentel made the most daring statement of the night in a wine-colored sequined dress slit from the hip down. She teamed the sizzling number with platform heels.

Her “OITNB” co-star Jackie Cruz wore an alluring gown that showcased her legs, and she enhanced them further with a pair of heels. And Rebecca Romijn was a vision in white in a halter dress teamed with silver sandals.

Chrissy Teigen rocked a gam-baring number with a double-breasted coat dress complemented by matching sandals. Sofia Vergara, Sophie Turner and other stars stepped out in sultry style, too.

Click through the gallery below to see more celebrity styles from the 2017 SAG Awards.