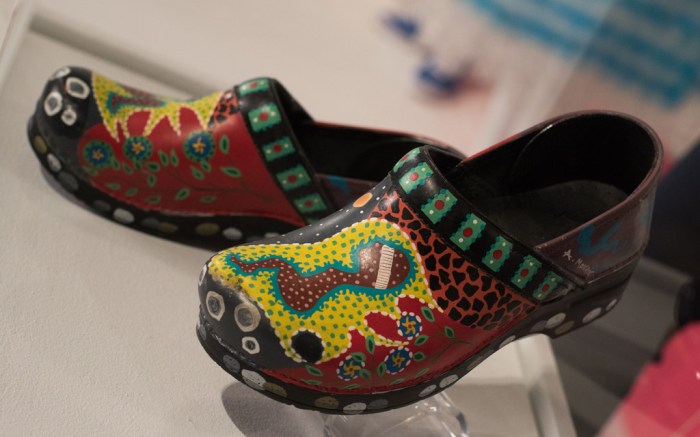 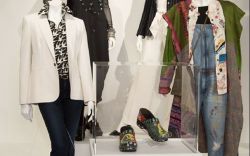 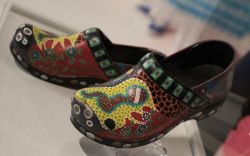 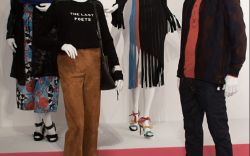 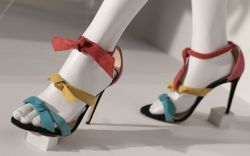 With so much outstanding fashion on television, viewing it on a screen just doesn’t do it justice. To the rescue comes the Fashion Institute of Design & Merchandising Museum and the Television Academy’s 11th annual presentation of the Art of Television Costume Design, an exhibition featuring wardrobes from 25 shows — nine of which are Emmy-nominated in costume categories. The exhibition in Los Angeles is free and open to the public through Oct. 7.

Some of the Emmy-nominated shows include “Feud: Bette and Joan,” “Grace and Frankie,” “Westworld” and “Dancing With the Stars.”

Among the other TV programs in the gallery with outstanding costume designs are “This Is Us,” “Insecure” and “The Mindy Project.”

Speaking to Footwear News at the Aug. 19 kickoff event, “The Mindy Project” designer Salvador Perez reflected on the show’s sixth and final season — the most “lavish” of the series run, he said. “The kind of work we do on a TV show is because Mindy loves it,” Perez said of series star Mindy Kaling. “She loves shoes. We have a lot of Valentino — a lot. At least 30 pairs of Valentino Rockstuds. She loves Jimmy Choo and Louboutin. She goes through phases.”

Perez added that the first season, which aired in 2012 on Fox, incorporated several Ferragamo shoes because Kaling “wanted a chunky heel and round toe,” but as the fashion changed over the years, she evolved into a pointy-toe silhouette. “I have Kate Spade in four colors — if she likes a shoe, we get multiples. Even though we’ll never reuse an outfit, we’ll reuse the shoes — so I don’t mind spending lavishly on shoes because we use them several times,” Perez explained. “Also, we get great eBay finds, like wonderful pairs of unused Chanel platforms.”

The use of color is an integral part of storytelling in the romantic-comedy series. “I found a beautiful silk fabric and it was tassel-print, and I made dress out of it and a purple coat to go over it and sewed tassels on the coat. The movement on the coat is beautiful, and it goes with purple suede open-toe shoes,” Perez said. “Depending on what goes on in her life, the color changes — as her mood darkens, so does the color of her clothes.”

Click through the gallery to see more footwear and costumes from television shows in the exhibition.