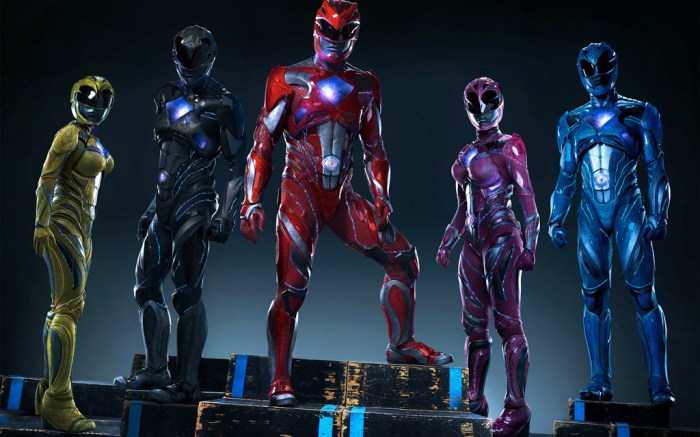 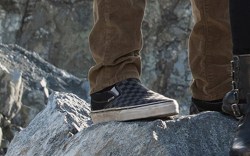 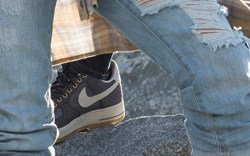 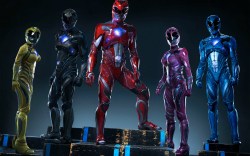 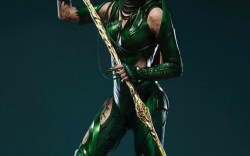 No more than five minutes into the new “Power Rangers” sequel, Nike makes a big appearance — with a close-up and all.

In an opening scene, actor Dacre Montgomery, who stars as Jason Scott, the Red Ranger, is shown reclining in a car with his feet on the dashboard. The camera zooms in on his sneakers, emblazoned with “Nike Air” on the tongue.

The action flicks opens on Friday and is the third big screen iteration of the franchise, now in its 24th year. It follows a group of five outcast teens who save the world from evildoers after discovering their ability to morph into glossy superheroes — the Power Rangers.

Montgomery stars at the group’s leader, and he spends a majority of his time in Nikes, when he’s not in his costume, as he learns to hone his powerful gifts. The shoes score more screen time after he’s placed under house arrest and turns to the group’s genius, Billy Cranston (the Blue Ranger, played by RJ Cyler), to remove his monitored ankle bracelet. The film sequence features Nike’s logo generously.

Converse, a subsidiary of Nike Inc., is worn by Becky G, who stars as Trini, the Yellow Ranger.

A few brands beyond the Nike family get some play on the big screen, too.

Naomi Scott stars as Pink Ranger Kimberly Hart, and Ludi Lin is Zack, the Black Ranger; their boots and high-tops are unbranded.

While in their Power Ranger suits, they wear customized boots. The female rangers’ suits include wedge heels, a more feminine silhouette. But their purpose is not just for looks, shared director Dean Israelite.

“You’re always putting apple boxes on actors to get them all in the frame in the way that you need to, and for us, we had to make sure, height-wise, we had them fill the frame in the right way,“ said Israelite, “so a big part of the wedges is a practical thing.”

But back in 1995, Nike was the only visible player in the franchise’s first foray onto the big screen, in “Mighty Morphin Power Rangers.”

Throughout the 1995 film, the character of Aisha rocked Nike from head to toe, including a hoodie stamped with a colossal logo on her chest.

The rest of the cast had on various styles of Nike sneakers, and even supporting characters donned the Swoosh on their hats, socks and apparel.

“Really, what it comes down to is sponsorship and product placement — when they do that, they help us make a better film,” Yost, who was at the rebooted flick’s premiere, recalled of his 1995 film on Wednesday in Los Angeles. “Nike products are awesome and comfortable, and we proudly wore them.”

Nike also created customized boots for the cast’s costumes — complete with the logo emblazoned on the bottom of the shoe.

“All of the boots you see were made by Nike,” Cardenas, the 1995 film’s Red Ranger, said at a special screening presented by Movie Dude 18 on Tuesday at the TCL Chinese Theaters in Hollywood. “I have some of those boots — the boots that we wore when we did the hands-and-feet in the cement.”

“We were the Ranger suit designers,” Burman told FN. “The boots were already adjusted. They were custom made to be a Ranger boot and not just a high-top shoe. I think they had them to build as a slip-on because they weren’t laced as well.”

Burman had to refresh around 24 boots for the six characters and add embellishments to the shoes for the Ninjetti costumes.

“The hardest part was making the detailing even and in-shape,” he explained. “You have an organic shape and curvature, and you have to place a shape on it with hard edges.”

Click to view more costumes and images from the movie.