Behind the Scenes at Bella Hadid’s FN Cover Shoot 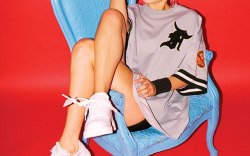 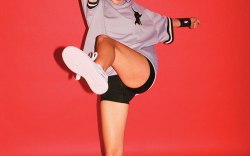 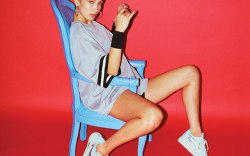 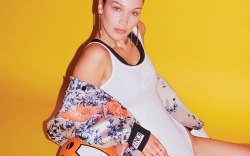 There were two stars on set for Bella Hadid’s cover shoot on Oct. 24 in New York at FN’s headquarters. The first, of course, was Hadid, one of fashion’s most in-demand models of the moment, who arrived to set in a red, white and blue Kith track suit layered with white bodysuits underneath and topped off with Jennifer Fisher classic hoop earrings and a slicked-back bun — a decidedly sporty off-duty look that contrasted with the model’s more glamorous appearances in Seoul (for Dior Makeup’s Art of Color exhibit) and New York (for Bulgari’s From Rome to New York party) earlier that week.

The other star was Nike’s limited-edition collection of Air Force 1s, a capsule that the brand is releasing in honor of the iconic sneaker’s 35th anniversary. The five AF100 styles were hand-delivered to set by a Nike representative so that they could go right on to the 21-year-old’s feet (though she was able to leave with a pair of her own, the style designed by Virgil Abloh, who is also a friend). Hadid modeled the shoes with looks that were colorful, sporty and both masculine and feminine (ranging from a baseball jersey by Fear of God to a flowing dress by Abloh’s Off-White label) and played around on set with a few props–including a basketball, which the model spun on her finger while listening to Chance the Rapper’s “Coloring Book” album.

Hadid was happy to share the spotlight with the shoes. “I would pair them with everything,” Hadid told FN. “I’ve worn sneakers with a gown, with a short dress, a long dress, sweatpants, tracksuits, shorts. You could wear them with anything.”