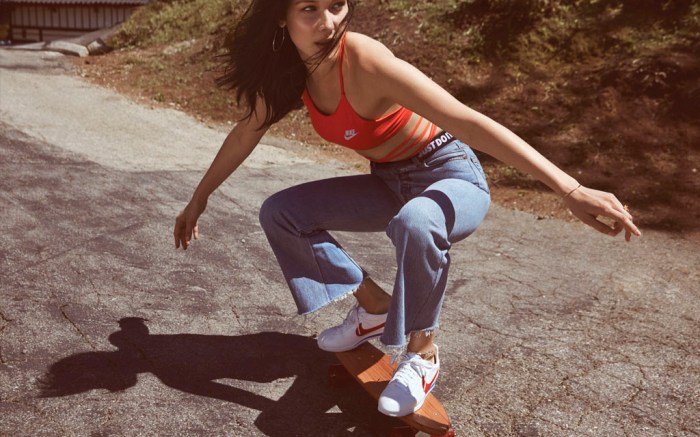 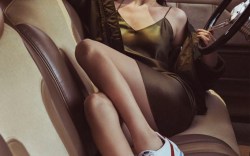 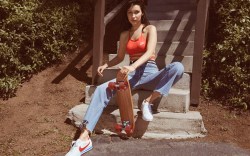 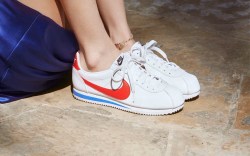 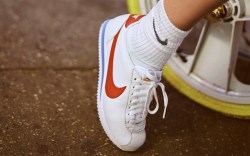 One of Nike’s most seminal sneakers is making a comeback in a big way for its 45th anniversary.

To celebrate the return of the Cortez in its original form, Nike tapped model Bella Hadid to show off the classic white, blue and red colorway as only she can.

In the campaign, Hadid emulates an unforgettable photo from 1972 of the late TV icon Farrah Fawcett’s skateboarding in the Nike Cortez while on the the set of “Charlie’s Angels.”

The Cortez was created by Nike co-founder Bill Bowerman and first released in 1972. It was considered the brand’s first track shoe, and its original release coincided with the 1972 Summer Olympics.

In its four-decade-plus history, it’s been attached to a number of iconic moments and was famously featured in the 1994 film “Forrest Gump.” Beyond the big screen, the Cortez quickly developed a reputation as a street style favorite.

For 2017, the groundbreaking model returns with premium white leather and red and blue accents. The Nike Cortez OG drops June 1 for $90 from the Nike+ app, nike.com and select Nike Sportswear retailers.

Beyond the OG style, new Cortez colorways and iterations are expected to release throughout the summer.

Hadid’s full photoshoot can be seen in the slideshow linked below.

Nike Cortez Is Back in Original ‘Forrest Gump’ Colorway