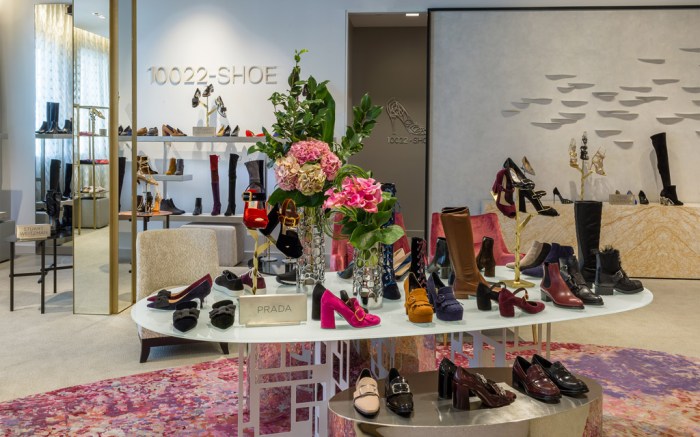 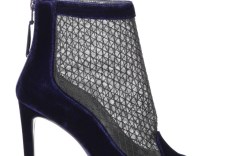 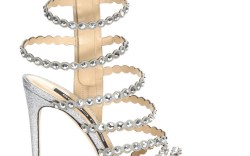 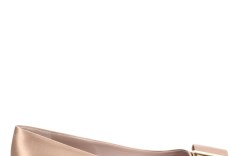 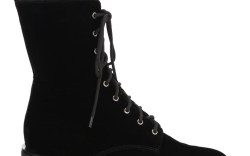 “I remember it like it was yesterday,” Tracy Margolies, Saks Fifth Avenue’s chief merchant, said while sitting among designer shoes at the retailer’s flagship location in New York.  Ten years ago this week, Saks introduced its colossal 10022-Shoe mecca. “We were here the night before, until all hours of the night, setting up the floor,” she said. “It was a big move.”  So big that it deserved its own ZIP code.

The launch of Saks’ shoe salon sparked an aggressive response from retailers globally that put footwear at the forefront. “We made shoes a destination,” said Margolies.

Case in point: Margolies, who was VP and DMM of women’s footwear for the retailer at the time, bumped into three friends the afternoon of FN’s interview. “It becomes an experience, and that’s what you want today — you want to make shopping fun.”

Saks president Marc Metrick added, “We revolutionized the shoe industry in 2007 when we rolled out 10022-Shoe, not only because of the compelling branding but also because we offer an assortment and experience they cannot get anywhere else.”

On Aug. 17, Saks will celebrate the milestone with support from its longtime brand partners. More than 75 exclusive styles — from Christian Louboutin, Sergio Rossi and other notable designers — will be available for purchase. (12 of these looks are featured in the attached gallery.)

“[I wanted to design] something unique and spectacular, a one-of- a-kind piece to become a real objet du désir,” said Aquazzura creative director Edgardo Osorio. “The shoes we created for Saks were inspired by 1920s vintage jewelry and by  the idea of movement of one of the precious and shining diamond necklaces worn at parties during the roaring years. When you wear them, it feels like wearing a necklace on your feet.”

Nicholas Kirkwood provided an unexpected style — a pearl-embossed combat boot — for the birthday. “I loved the idea of the interplay between masculinity and femininity,” the designer said.

Kirkwood — whose business was in its infancy at the time of the opening — was part of the retailer’s aggressive push for new talent that coincided with the floor rollout.

“We added well over a dozen new designers that had never been offered in America before,” said Betty Wang, VP and DMM of women’s shoes. “We scoured Europe for new talent.”

For Osorio, garnering shelf space at 10022-Shoe was a critical moment in his label’s development. “I can easily say the Aquazzura retail adventure in the United States started thanks to Saks, which was the first department store to buy the collection in the U.S.,” Osorio said. “They believed in me and my designs since the very beginning, and their trust, as well as the positioning they granted, has been crucial to enter such a big market.”

As Saks increased its emphasis on new names, competing department stores quickly moved to catch up. “There are now more choices than ever, and I’d like to think we had a hand in that,” Wang said.

Today, Saks’ flagship — which is in the middle of an overall redevelopment — has the capacity to hold 200,000 pairs of shoes on the eighth floor. The footwear floor spans approximately 30,000 square feet.

While designer shoes still capture much of the spotlight, the department has diversified as the consumer has embraced different kinds of looks. “What I realized being so close to it is how much the shoe business has evolved,” Wang said. “When we were launching, it was a lot about dress shoes and pumps, and we have those still — along with sneakers. Our customer is shopping with us for lifestyle in footwear as well as ready-to- wear and other categories. We’ve all evolved, and even though it’s challenging, we are wiser and more experienced in how quickly things can change.”

Since the debut 10 years ago, the shoe floor has expanded to 25 other locations. Last year, the retailer made a major statement with the 10022-Shoe stand-alone store located in Greenwich, Conn. The one-level, 14,000-square-foot space was a unique way for the retailer to continue to expand its footprint, according to Margolies. “Customers love what we put together. It adds to the environment in Greenwich,” she said.

Along with the brick-and-mortar expansion, Saks has been trying to create more experiences with digital efforts.

To mark the big milestone, Saks windows will feature 16 cakes designed by Valentino, Gucci and more. The entire store will take part in “10 Galleries: A Decade of Shoes.” The immersive activation will feature 10 installations throughout the store, playing off key trends and items from over the years.

Saks will also launch 12 exclusive made-to-order customization programs from designers including Manolo Blahnik, Fendi and Jimmy Choo, offering customers a chance to design their own shoes.

“It’s all part of the evolution,” Margolies said.

Emojis Get a High-Fashion Makeover at Saks Fifth Avenue