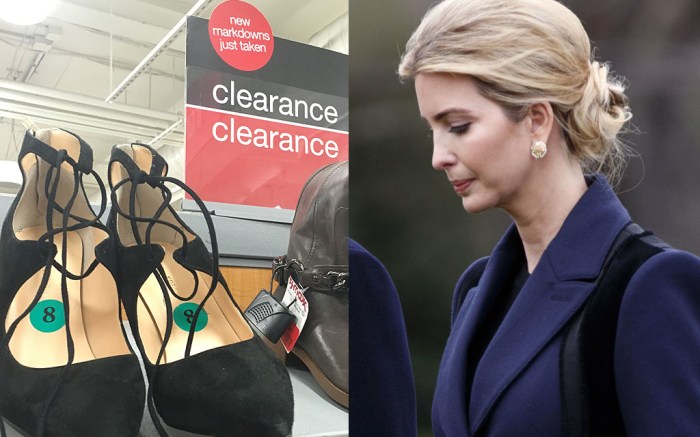 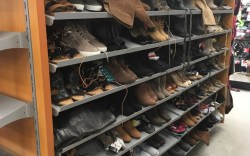 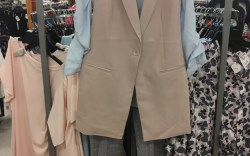 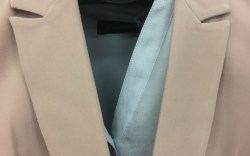 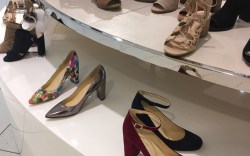 Now downplayed and nearly dismissed by some retailers, Ivanka Trump’s namesake line of shoes, apparel and accessories seem to be as polarizing for some customers as the politics behind her father President Donald Trump’s administration.

Brand Ivanka was also underwhelming for a shopper at TJ Maxx Beverly Connection in Los Angeles on Thursday, who said she wasn’t surprised by the Trump dump. “One of the main reasons is that her stuff is not selling,” Michelle Roshanzamir told Footwear News of Ivanka Trump merchandise. “I have seen some of her stuff before — but I never really liked it.”

Asked if the retailer’s actions against the brand will affect her decisions on what to buy, the 30-year-old responded, “It doesn’t hurt.”

Taking a call in the White House with my personal assistant Theodore. ❤

Meanwhile, Ivanka did find a supporter at Nordstrom’s outpost at LA’s The Grove — a talent agent who did not want to disclose her name, but described herself as “the perfect Nordstrom customer” while pointing at her heels, which she noted were Stuart Weitzman.

“I have a $200 gift certificate and I’m not going to use it — I’m not a customer anymore,” she said, adding that she has purchased Ivanka Trump shoes in the past and does not agree with how retailers have reacted. “I think what they’re doing is bull**** about the sales.”

Continuing, she said that she did find the shoe designer’s father to be rather conflicting. “I do think he’s a pig — what he thinks about women,” she said, “But I think our country needs a huge change.”

Similarly, Ivanka’s social media pages were hit by a torrent of comments — and the political disparity was just as evident.

“Nordstrom has just lost a devoted customer and card holder. Canceling my card and will no longer shop there in the future. Ivanka, stay strong,” wrote an Instagram fan on Ivanka’s most recent posted photo, which was shared Tuesday.

“I’ve seen many of your products in stores and absolutely love the designs, but as soon as I realize they are yours, I instantly move on,” another follower remarked. “Your father is horrible, and specifically because of that I’d never spend $1 on a Trump brand. People like myself are the reason your brands will continue to be dropped by stores; we’re not buying it, and as much as these people say they support you, clearly they aren’t either.”

One observer opined with some sage words that will likely comfort Ivanka as she faces new business and personal challenges: “I’m just saying, I’d gladlyyy take some of your fashion line 😍 politics and fashion are separate entities. Fashion is more important.”

President Donald Trump chimed in on Wednesday, slamming Nordstrom on Twitter for its decision to pull the brand: “My daughter Ivanka has been treated so unfairly by ‪@Nordstrom. She is a great person — always pushing me to do the right thing! Terrible!”

The entrepreneur relocated in January to Washington, DC, and has gone on hiatus from Brand Ivanka to pursue her own social causes alongside her father.

In a recent ABC “20/20” interview, the businesswoman said stepping away from her business was an “emotional” decision.

Ivanka said in November that she doesn’t plan on participating in politics in an “administrative” capacity; instead, she will serve as a political advocate. Brand Ivanka Trump followed up with a statement clarifying the division between her business and personal pursuits.

“Our company’s mission is not political — it never was and it never will be. However, Ivanka, personally, has an increased opportunity to advocate for women and be a positive force for change,” the team wrote in a post on the Ivanka Trump website. “As a private citizen, with full awareness of her heightened visibility, she will broaden her efforts to take a stance on issues of critical importance to American women and families.”

The announcement was issued one week after Shoes.com tweeted that it had removed all of Ivanka Trump’s merchandise from its website, citing pressure from customers.

In an email statement to Footwear News, a spokesperson for Ivanka Trump responded: “While Shoes.com was an inconsequential part of our business, they were not fulfilling their end of the contract and parting was inevitable.”

Click here to see how Ivanka Trump merchandise has been downplayed at retailers.