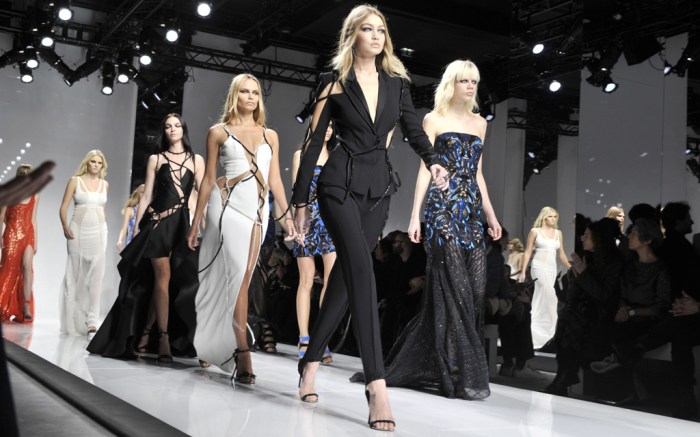 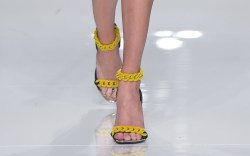 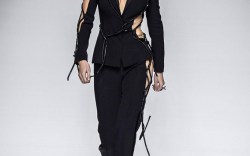 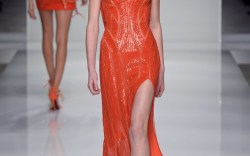 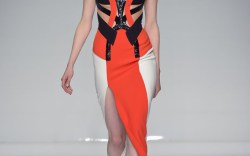 Rita Ora arrived at the Atelier Versace show wearing a skin-tight orange mini dress and matching sandals with knot detail. It was a daring look that just moments later appeared on a model on the runway.

The show was studded with some of the world’s top models, including Gigi Hadid, Natasha Poly, Irina Shayk, Joan Smalls, Behati Prinsloo and Rosie Huntington-Whitely.

These pairs looked far more walkable than those that came down the Atelier Versace fall 2015 runway and the ready-to-wear spring ’16 runway. Both Hadid and Prinsloo wore the sky-high platforms for red carpet events.

Click through the gallery to see more from the Atelier Versace spring ’16 runway.