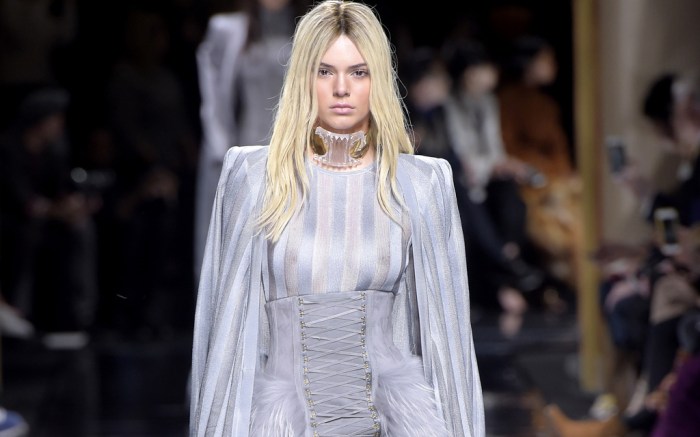 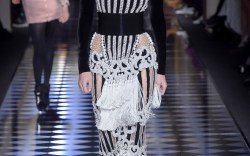 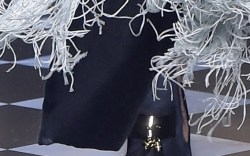 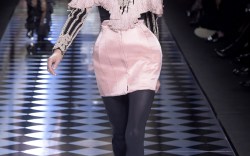 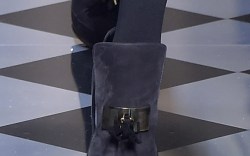 The Shoes: With the focus on a whittled midsection and padded hips this season, designer Oliver Rouesting wanted legs to appear as long as possible. Seemingly endless matching stretch suede boots complemented the curvaceous silhouettes, seen on Kendall Jenner and Gigi Hadid, who swapped hair colors in wigs, like many of the models. The stiletto boots revealed the lines of the body but not an inch of skin, with Wolford matte opaque tights worn throughout. Gowns and trousers were worn with booties featuring huge pilgrim buckles on the upper.

The Verdict: Rouesting believes in head-to-toe dressing and this approach gave way to the notion of footwear and apparel seemingly as one. Or rather, practically joined at the hip, in the case of those shapely boots.

Click through the gallery to see the full Balmain fall ’16 collection.