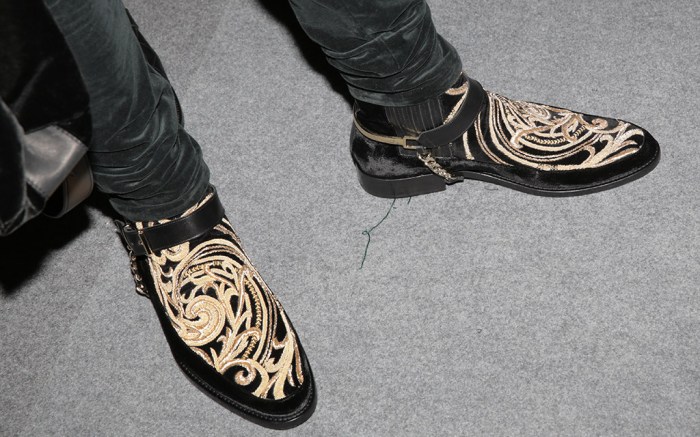 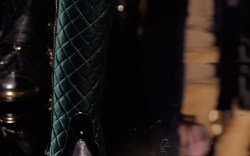 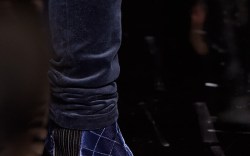 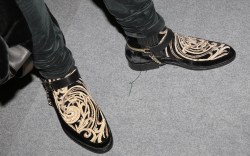 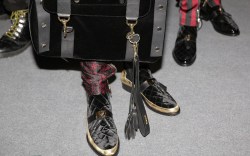 A recurring trend this season, velvet shoes made up a large portion of the shoes. Chelsea boots were done in the plushy material and were quilted, finished with leather straps and tassels. Certain styles had a metallic midsole for extra impact.

Show-stopping gold embroidery was also done on boots, a technique that the label somehow works into all aspects of its collection. Balmain is not exactly a brand known for its subtlety, so the shoes were naturally paired with oversized golden crests and buttons on jackets.

A preview of the fall women’s collection saw satin stiletto boots, pointy in shape, with military strapping. Nothing new here, of course, but overall a strong accessories collection that fell in line with its house code.

To explore the collection, click through the slideshow below.