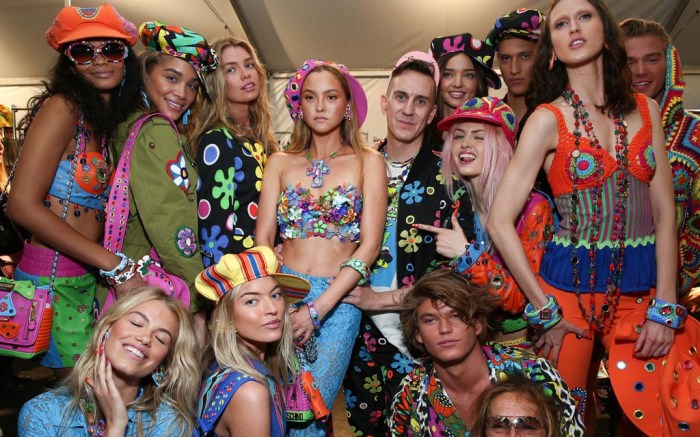 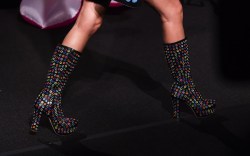 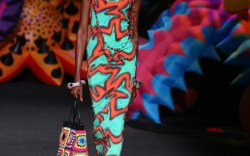 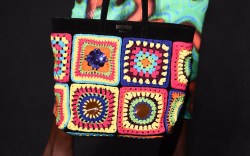 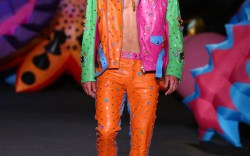 Jeremy Scott rarely does anything subtle.

And the Moschino designer lived up to his reputation on Friday at L.A. Live in Los Angeles when he presented the label’s 2017 spring-summer resort line.

Speaking to Footwear News, Scott said he didn’t have to look far for inspiration.

“The collection is a love letter to Los Angeles,” he explained. “So what better place to show it than L.A., my home, where I can go to bed at night. It’s such a joy.”

Scott told FN that he “didn’t have to do much arm twisting” to get the show of support, especially from Devon Aoki, who made a return to the runway to close his show after a long hiatus.

“Devon started her career with me at 13,” he recalled. “Her first show was my show in Paris. It was great to have her back after a decade of being off the runway.”

Aoki told FN that showcasing the collection, and walking by his side was “special” for many reasons.

“Jeremy and I have been friends for over 15 years,” she shared. “Watching him grow as a creator and artist has been one of the great joys of my life — growing up with someone, watching them blossom, it’s so tremendous. Seeing the kind of girl who he brings out to L.A. is a testament to who he is. People will travel from all over the world to support him because he’s a genuine, authentic person.”

The star-studded presentation attracted Christina Milian, who was the first to extend congratulations, and his friend Katy Perry.