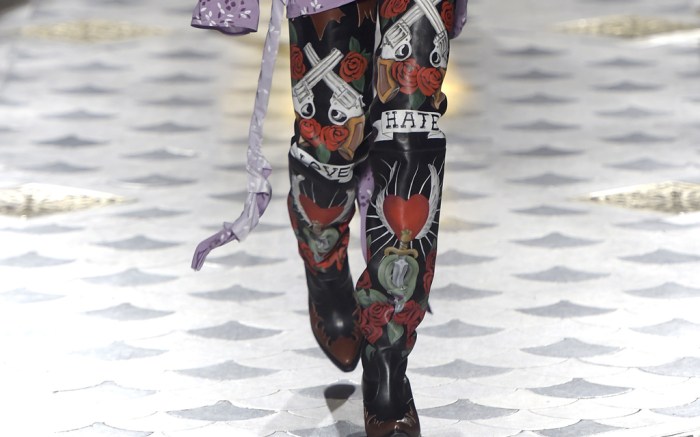 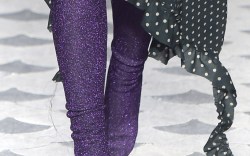 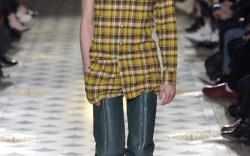 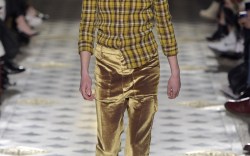 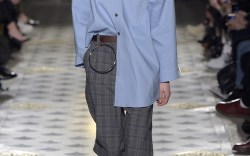 The Shoes:  Logo tube socks formed the upper of boots, either in normcore white or violet lurex. There were also tattoo print waders inked with the markings of a western cowboy – guns and roses and stagehands. And just like that, designer Demna Gvasalia, Paris’s current enfant terrible and the new taskmaster at Balenciaga, fired another shot into the heart of the fashion establishment, calling to mind a young Martin Margiela.

The Verdict: These were not attractive shoes. And maybe that’s the point. Let everyone else attempt to make pretty or cool things. Gvasalia would much rather be interesting, strange and ripped from questionable, disparate subcultures.

Click through the gallery to see more from the Vetements fall ’16 collection.