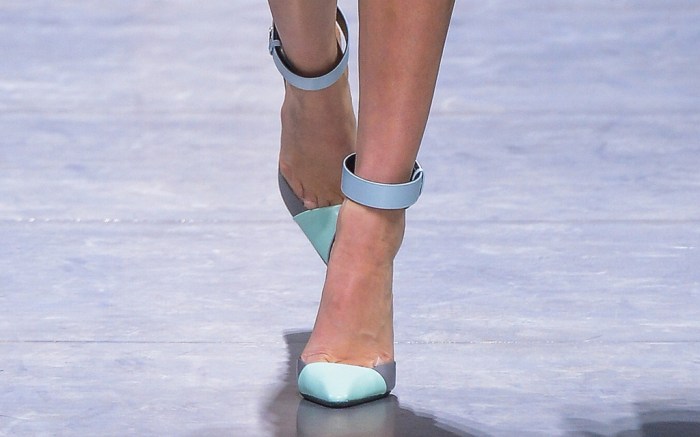 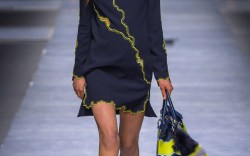 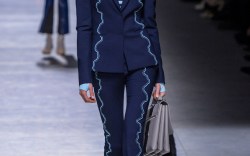 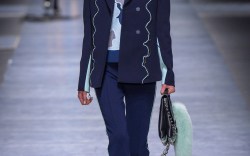 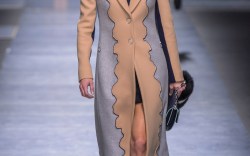 The mood: Front row equality – held in a huge warehouse-like venue where every single person got a front row seat to the show. And Gigi Hadid’s uninhibited wardrobe malfunction. Both of those factors contributed to lots of social media traction, which was indeed the intended result of the former. Not sure about the latter, but it all worked in Donatella Versace’s favor in the end as she high-fived Hadid during her bow.

The shoes: With such a long runway track, some models whizzed by in agile, Avengers-worthy leather, nylon and acrylic kitten heels. They had a vibe and were reminiscent of Raf Simons’ early collections for Christian Dior with wrap-guard contrast soles. Ditto the more teetering steel-rod stilettos. Even these professional super-walkers (Natasha Poly, Karlie Kloss, Kendall Jenner, Irina Shayk and Hadid, among others) appeared a little pained and wobbly, counting down their steps till the end. That said, the footwear, especially those low heels, had an appealing sportif irreverence.

The verdict: High lows and low highs. If last season’s quadruple platforms were too hefty and these not always substantial enough to support ankles, perhaps next season will be just right.

For more Versace fall looks, click through the gallery.