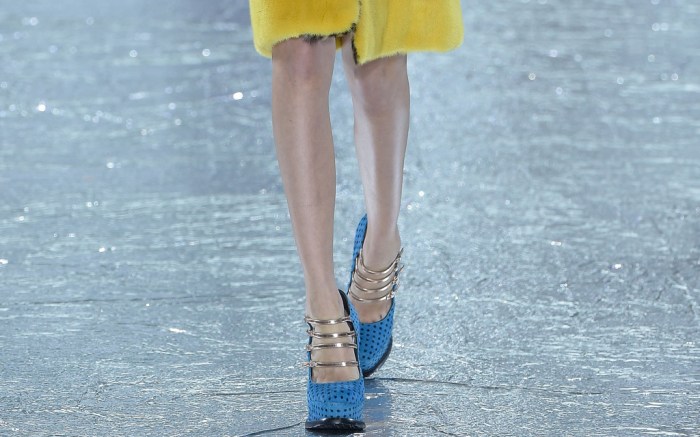 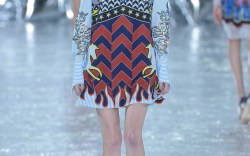 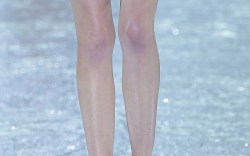 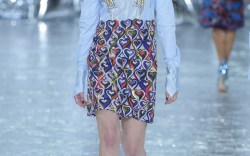 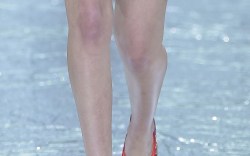 The Soundtrack: a remix of Dolly Parton standards such as “Save The Last Dance.”

The shoes: Reflecting her woman’s eclectic tastes and proclivities, Katrantzou took last fall’s platform Mary Janes (produced by Gianvito Rossi) and gave them a rockabilly update in cowgirl and animal prints. Her most inventive proposition, however, was color-saturated satin ballerina flats with ribbon lacing, paired with rodeo queen spats. They were taken from the shaft of traditional western boots for slippers with serious kick.

The verdict: While on paper (or screen, if you will) such a subculture clash would seem too bizarre to be attractive, Katrantzou pulled it off as only she can, managing to raise the bar. And the barre.

Click through the gallery to see all the looks.

House of Holland RTW Fall 2016 Shoes On The Runway