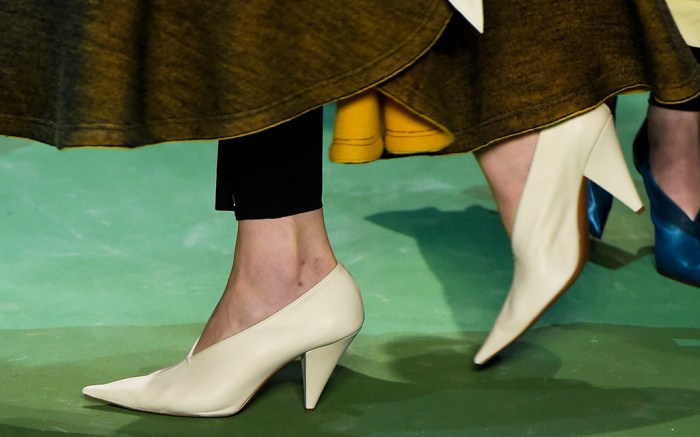 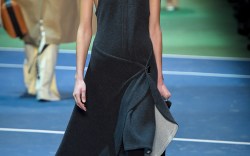 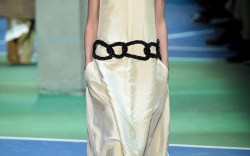 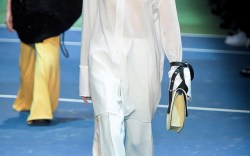 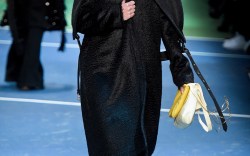 The Mood: Relief. After months of rumors, it was recently confirmed that designer Phoebe Philo would continue at the house and not join the pack of designers who have recently called it quits.

The Shoes: Strappy sandals that looped around the toes with extra-wide footbeds in black and beige. They were also done with a short and sweet demi-heel version that cut quite a cool line. There were also conical mid-heels with squared-off toes and covered v-vamp ballet pumps in stark neutrals. There was nary a boot in sight, though.

The Verdict: Unfussy seasonless styles were pragmatic, sure, but also slightly lackluster.

Click through the gallery to see more from the Celine fall ’16 collection.