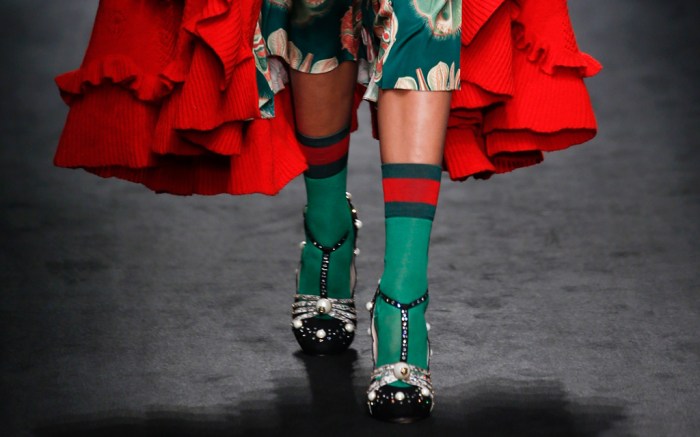 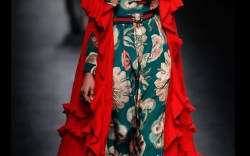 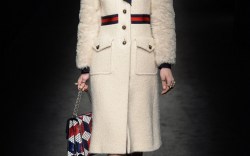 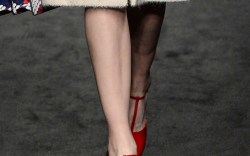 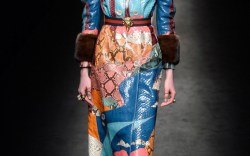 The Mood: A continuation on seventies nostalgia, through Alessandro Michele’s rose-tinted, demure lens.

The Shoes: A kit-and-coboodle of new styles. There were notched platform wedges paired with bright shimmering hosiery, chunky low heels in glossy molasses and horse-bit loafers updated with block heels and a pointed toe. And keeping with the seventies theme: optical illusion prints appeared on rounded-toe Mary Janes, while white knee-high leather boots had a thick platform sole.

The Verdict: It is indeed exciting to see a designer seemingly have so much fun in the footwear department. With spoils of choice, odds are those new lifted loafers will become Michele’s third consecutive grand-slam shoe. Even though those fur-lined mules have yet to die down.