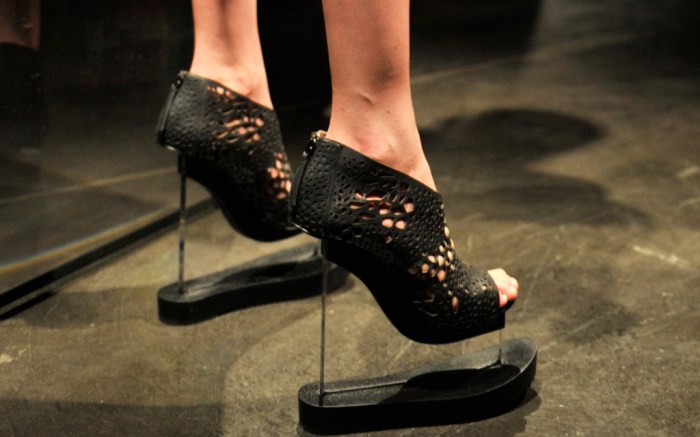 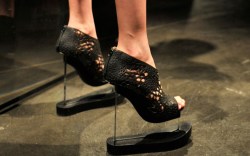 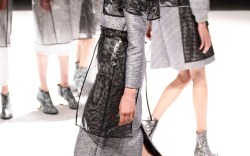 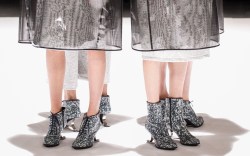 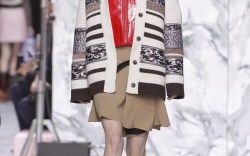 Talk about ending fashion month with a bang.

The fall ’16 shows at Paris fashion week featured a number of wacky runway footwear. Though many fashion houses played it safe this season — mostly due to the overwhelming number of them currently lacking a lead creative director — the accessories collections surprisingly saw bold designs rife with experimentation.

Balenciaga, which showed its first collection by Demna Gvasalia, opted for oversized embellishments. Satin heels had large crystal flowers appliquéd overtop. A similar bold aesthetic was seen at Gvasalia’s Vetements show, where over-the-knee boots were printed with roses, guns and the words “love” and “hate.”

Never one to disappoint with a crazy shoe, Iris van Herpen showed a futuristic footwear collection that included wedges built on stilts. Talk about a balancing act.

For more of the craziest runway shoes, click through the gallery.