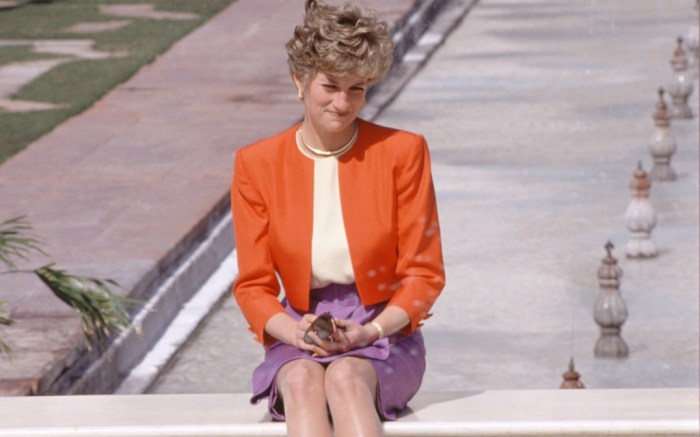 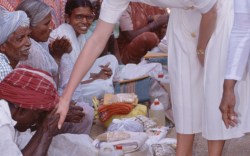 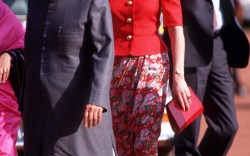 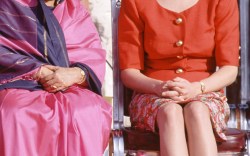 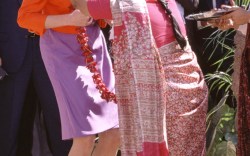 As Kate Middleton and Prince William prepare for their trip to India and Bhutan beginning April 10, many royal historians and fans are reminiscing about a similar trip made by Princess Diana and Prince Charles 24 years ago.

One of the best-known photographs of the late Princess of Wales was taken on that 1992 trip, when she was sitting on a bench alone at the Taj Mahal.

Diana and Charles had been expected to visit the famous landmark together, but images of Diana’s solo venture were splashed across the front pages of newspapers globally — and it was later seen as an indicator that the marriage was in trouble. (A few weeks later, the couple announced their separation.)

Diana, who often wore pumps by royal shoemaker Rayne, took part in many events during her trip. Her classic style was on full display: Diana wore colorful — sometimes bright — dresses and skirts that were just right for the locale. We hope that Kate will mirror some of that sensibility during her own visit.

William and Kate are eager to follow in Diana’s footsteps. According to British reports, their spokesman Jason Knauf told the press, “The Taj Mahal is one of the symbols of India, and Their Royal Highnesses cannot wait to see it with their own eyes. The Duke of Cambridge is of course aware of the huge esteem his mother, the late Princess of Wales, is held in India, and he appreciates the iconic status of the images that exist of the Princess at the Taj. He feels incredibly lucky to visit a place where his mother’s memory is kept alive by so many who travel there.”

Click through the gallery to see more of Diana’s standout looks from the trip.