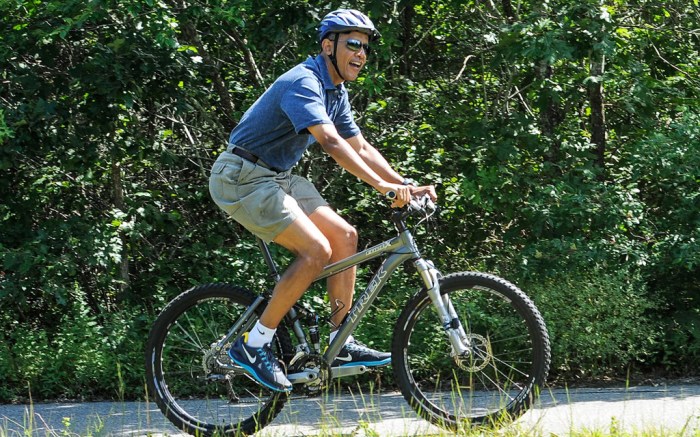 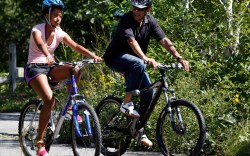 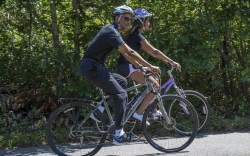 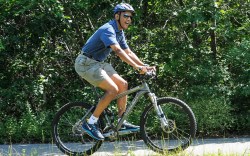 President Barack Obama is known for his professional suit-and-tie look, paired with classic dress shoes. But sometimes the President trades in his leather laceups for a pair of Nike, New Balance or Asics kicks.

The nation’s Commander in Chief takes his family to Hawaii for their annual Christmas vacation, and there Obama lets loose with his footwear. This past holiday, he hit the Honolulu Zoo in a pair of New Balance sneakers and later wore Nike while on the back nine at the Mid-Pacific Country Club golf course in Kailua, Hawaii.

Here at Footwear News, we were hoping to see President Obama in a pair of Yeezys. In October, Kim Kardashian West posted a photo of a box of Yeezy Boost 350s and Yeezy 750 Boosts labeled with notes that read “Obama.” And just last week, she posted another photo of West, grinning from ear to ear, personally handing over a pair of the black Yeezy Boost 350s.

Over the years, Obama has been seen sporting Nikes on many occasions — especially during his pick-up basketball games. He’s also a fan of Asics sneakers.

Nike footwear is a go-to for the President while bike riding in Martha’s Vineyard. He’s been spotted year after year during his summer vacation wearing the shoes.

His other half also knows how to keep it casual from time to time. First Lady Michelle Obama is usually seen in Jimmy Choo for official events, but she’s also fan of Converse and the occasional flats.

To see more of President Obama’s best sneaker moments, click through the gallery below.

President Obama to Meet at Nike HQ About Trade Deal

Will President Obama Be Spotted In Yeezys?