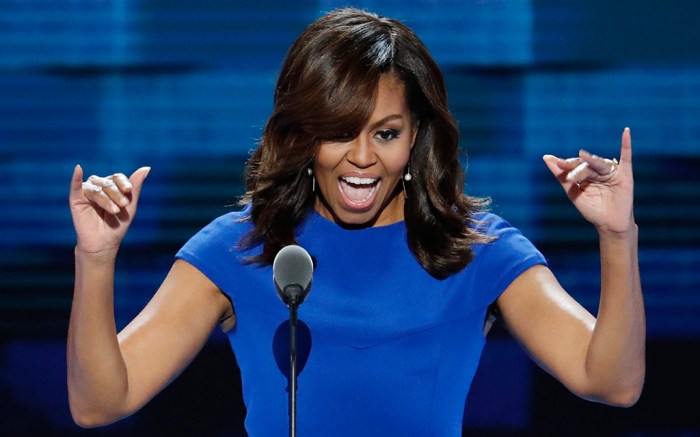 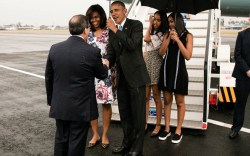 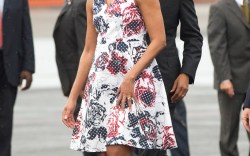 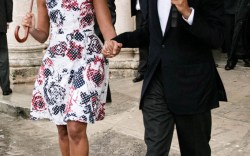 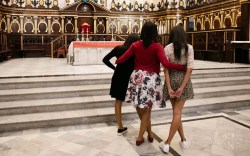 The first lady stepped out in a Christian Siriano dress paired with Jimmy Choo’s Romy metallic pumps to give one of the most buzzed-about speeches during the first night of the convention, which runs through Thursday. President Barack Obama will appear at the convention on Wednesday evening to address the crowd.

In her speech, Michelle Obama talked about Clinton’s lifelong devotion to the country’s children and her unwavering passion over the years. “She never buckles under pressure, never takes the easy way out and Hillary Clinton has never quit on anything in her life,” Obama said.

The first lady, who often wears Choo, has championed many causes of her own during her husband’s tenure, including the “Let Girls Learn” initiative. She recently visited Spain, Liberia and Morocco to meet with young girls in those companies to discuss the opportunities and challenges they face. Obama has also worked to spotlight the obesity epidemic through her popular “Let’s Move” program. She has also been a strong supporter of military service members.

Last week, at the Republican National Convention, Melania Trump, the wife of Republican hopeful, wore Christian Louboutin to give her remarks. Trump was accused of lifting portions of her speech from first lady Michelle Obama’s speech at the Democratic National Convention in 2008. Comparisons show that Trump’s speech matched Obama’s nearly word for word at certain points.

While being known for her elegant style, the first lady is also not one to shy away from more casual shoe choices. For her best relaxed style moments, click through the gallery below.