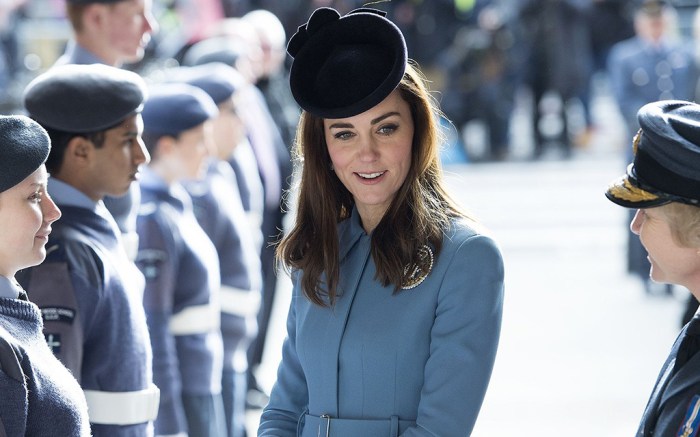 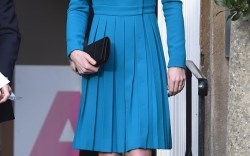 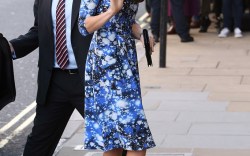 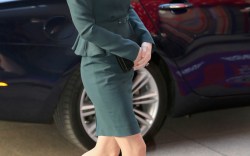 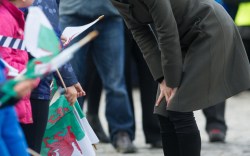 The Duchess of Cambridge paired the Sanderson style with a pale blue bespoke Alexander McQueen coat and a Lock & Co. hat for festivities to mark the 75th anniversary of the RAF Air Cadets in London. She attended a service at London’s RAF church and met with cadets to mark the occasion.

Middleton, known for recycling many of her key pieces, wore the same McQueen coat during a 2014 visit to New Zealand.

She has also donned Rupert Sanderson pumps before, and chose a gray suede for a visit to London’s National Portrait Gallery when she was pregnant with Prince George in 2013. She wore Sanderson’s styles for engagements in 2011 and 2012 as well.

It’s nice to see Middleton supporting another British footwear talent in the new year. She stayed loyal to Jimmy Choo, and the brand’s Gilbert pumps, for much of 2015. She is most often seen in pumps, which reflect her style, although she has also worn her favorite pair of Aquatalia boots many times.

To see all of Middleton’s best shoe looks from last year, click through the gallery.