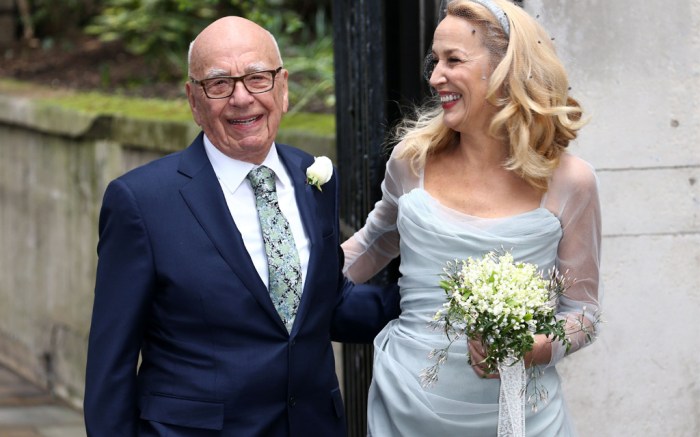 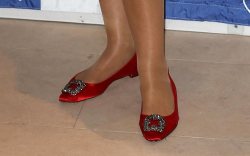 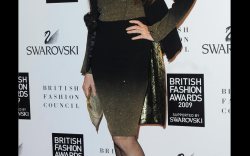 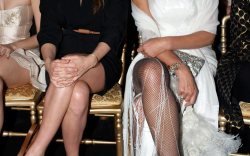 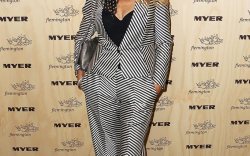 On Saturday, for a service in London with family and friends, the bride wore an ice-blue mid-length Vivienne Westwood frock and crystal-embellished Vivier flats. A day earlier, she picked Vivier’s black pilgrim buckle flats to officially tie the knot in London during a private civil ceremony at Spencer House in the British Capital.

The couple’s children were heavily involved in their parents’ big day, and Georgia May Jagger and Lizzie Jagger both wore Aquazzura on Saturday to their mother’s wedding ceremony.

In honor of the bride’s 59th birthday last July — her groom is 84 — we rounded up some of her best shoe moments.

Click through the gallery to see more on Hall’s standout style.