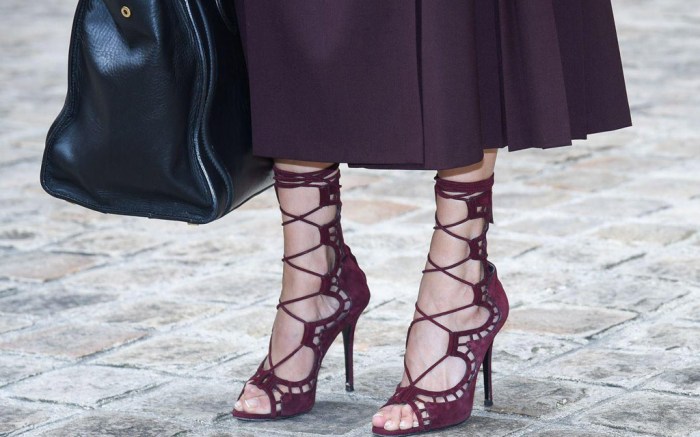 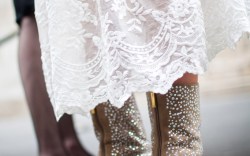 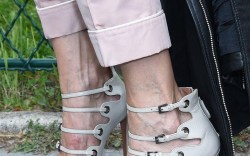 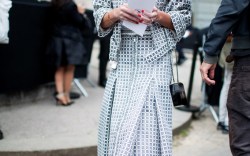 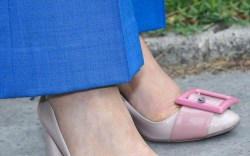 Now that the fall ’16 Haute Couture shows have officially wrapped in Paris, we’re taking a look at some of the most dazzling shoes seen off the runway. Showgoers embraced a statement footwear message via ultra-lacy stilettos and graphic boots.

We spotted a number of designers styles that are fresh off the market. Miu Miu’s Mary Jane pumps with oversized buckles were seen in a blush pink. Proenza Schouler’s wrap-tied mules with mirrored heel offered edge alongside a ruffled skirt. Pierre Hardy’s graphic striped boot added punch to a floral dress.

A few styles from the runway also made appearances. Christian Dior’s fall ’15 latex boots with Perspex heels made a return to the street-style scene, a style that was hugely popular on the circuit last season.

For more street style looks, click through the gallery.