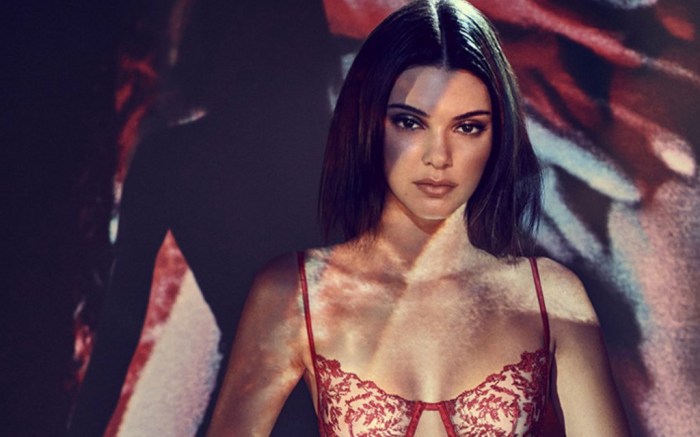 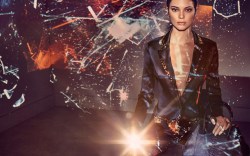 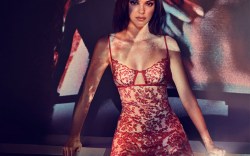 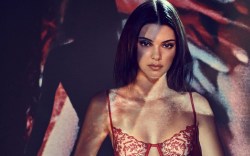 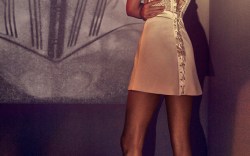 The highest glass ceiling was not shattered when Hillary Clinton lost the presidential election to Donald Trump on Tuesday, but Kendall Jenner is echoing another kind of women’s liberation message in a conceptual way.

Lingerie brand La Perla tapped the supermodel to star in its spring ’17 campaign shot by acclaimed photographer Steven Klein, who used symbolic images such as shattered glass, a bra bursting in flame, and an antiquated constrictive corset to convey an empowering narrative.

The context of the metaphorical iconography — played alongside La Perla’s intimate wares and line of shoes — highlights the “liberation of every woman from the need to suffer for beauty,” the brand said in a statement.

Models Isabeli Fontana and Liu Wen are also included in the campaign. Among the ensembles, Fontana wears an Autografo embroidered bodysuit with frayed platform pumps ($304), and a bra-and-panties set teamed with jeweled sandals ($1,097) in another photo. Wen wears black and nude two-tone sandal heels ($472.50) with an embroidered stretch silk long dress, and she dons a similar sandal ($472.50) in black with a multicolor bi-stretch silk dress with shirt collar.

Jenner will also represent another lingerie brand when she hits the catwalk for the second time at the “Victoria’s Secret Fashion Show,” airing Dec. 5 on CBS.

Click through the gallery below to see more photos from the campaign.