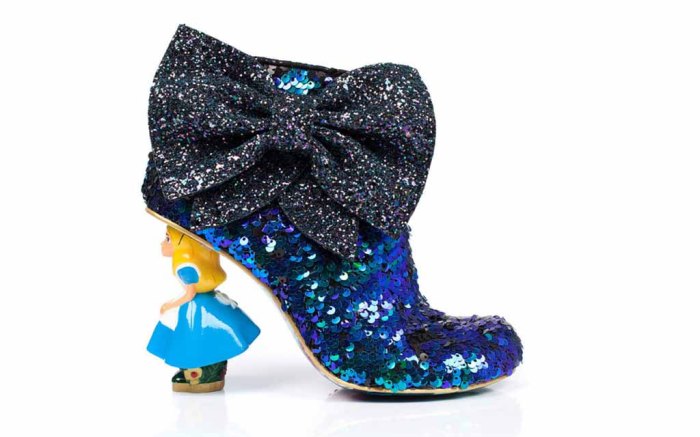 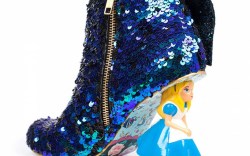 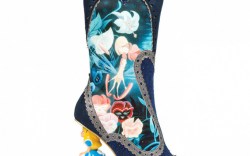 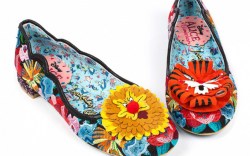 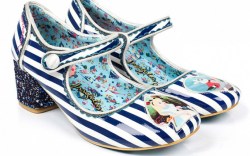 For those who were late to the morning tea party, the Cheshire flats and Tick Tok Mary Janes are already sold out.

Some of the styles still available include the Lost Your Muchness boots, which feature navy metallic and textured fabric uppers, scalloped detailing, glitter hearts and a vignette of the singing daffodils from the film’s “All in the Golden Afternoon” number. A figure of the Alice character is incorporated as the footwear’s heel.

Not intended for a shrinking violet, the Who in the World Am I? bootie is designed with striking details such as an iridescent sequin upper, oversized glitter bows and Alice character heels.

In February, Irregular Choice dropped the first edition of the “Alice in Wonderland” collection, featuring knit and embroidered styles.

Click through the gallery below to see more styles.