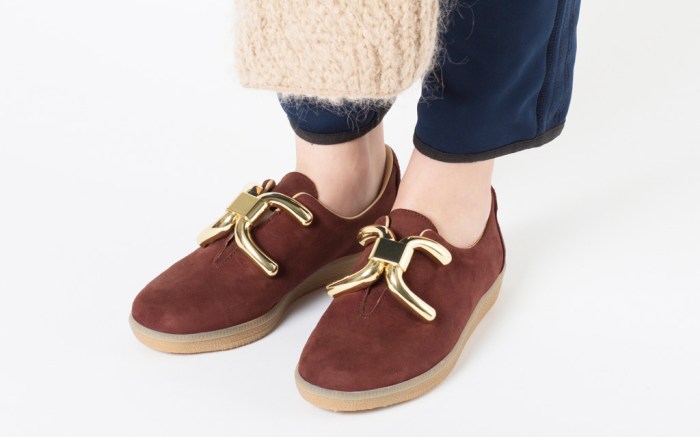 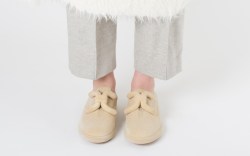 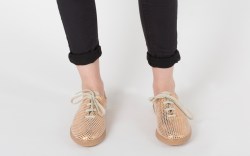 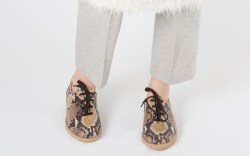 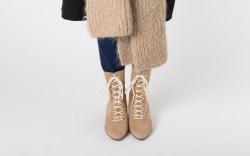 One footwear brand has a motto to make women’s lives easier, and that starts with its unusual name: AHAAS, which stands for “an hour and a shower.”

“It’s about that one hour a day that an urban and dynamic woman has entirely to herself,” explained designer Dorothee Loermann, who founded the Paris-based label with Antoine Thieser, a former L’Oréal executive, in 2014.

The styles AHAAS proposes are about quick, easy choices: versatile hybrids that were sketched to replace the ubiquitous sneaker, a personal annoyance to the designer.

“The idea was to be different and not to position ourselves in any particular category,” said Loermann, who previously developed a premium footwear line for Fruit of the Loom and designed shoes for Surface to Air. “We wanted to give active women a pair of shoes they could wear with tailored pants but then also throw in a corner in yoga class.”

Within the collection there are slip-ons with an easy-care flocked surface and graphic hardware details; slippers with a tasseled moccasin upper sitting on top of a rubber running sole; and soft, metallic calf-leather laceups.

The brand also introduced high ankle boots this season that hark back to boxing shoes but are imbued with an urban punk spirit through an edgy choice of fabrics, including fake python and suede.

Produced in Portugal, the styles retail for between 210 and 350 euros, or $237 to $395 at current exchange, and are sold at roughly 10 influential stores, including Printemps in Paris, No. 6 in New York and Lexception.com.

Click through the slideshow to see more AHAAS styles: