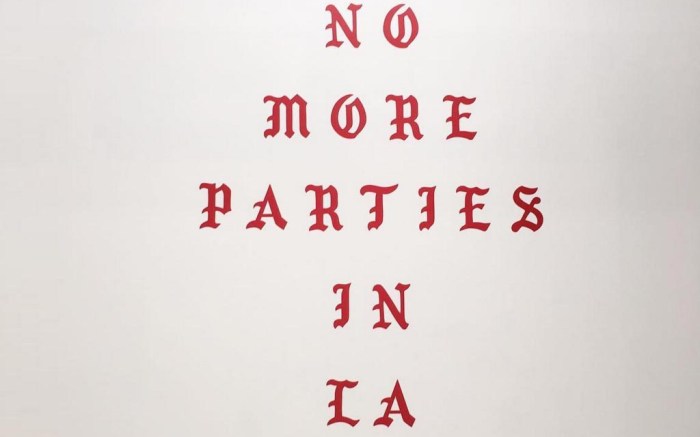 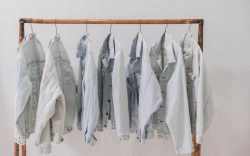 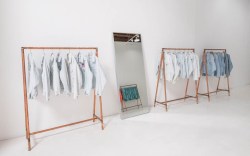 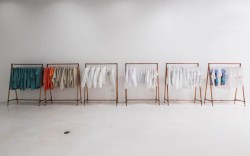 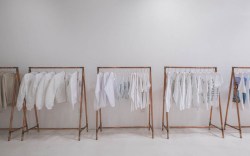 After launching a successful pop-up shop in New York City in March, Kanye West has taken his “The Life of Pablo” temporary store to Los Angeles.

West’s collaborator Ian Connor posted images of the interior, which features “no more parties in L.A.” in red letters emblazoned across a white wall.

The musician and designer’s store sells T-shirts, bomber jackets and sweatshirts associated with his new album. Prices range from $45 for a hat to $400 for a Pablo vintage jean jacket.

Speaking to Footwear News, Fernano Casas, a 19-year-old customer who lined up outside the store at 1 a.m., said there were around 50 people already in line by the time he got there, adding that the first person in line received a free T-shirt.

The “Pablo” pop-up in New York sold $1 million in merchandise in two days when it opened in March, West said.

It's That Time ❤️ The Life Of Pablo.