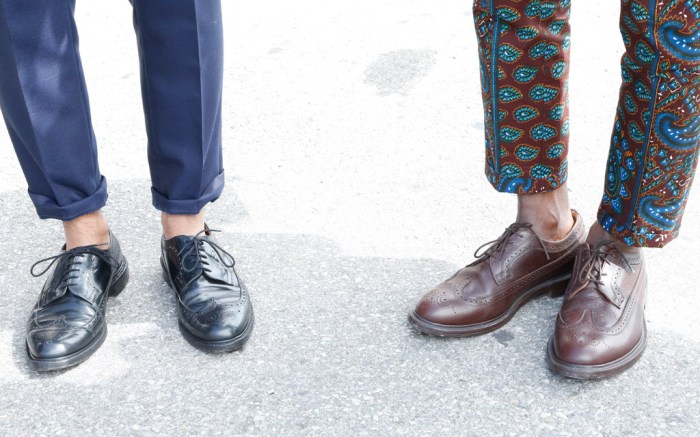 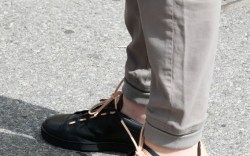 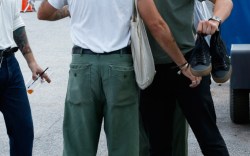 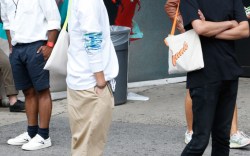 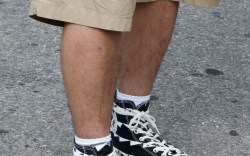 There was just as much men’s trendsetting fashion happening outside Liberty Fair’s trade event in New York this week as on the show floor.

Exhibitors and retailers were determined to outshine each other when it came to their footwear, sporting shiny metallic kicks from Stan Smith, Nike, Philip Lim, Y3 and Eyttys as well as classic oxfords and boots from Aldo, Gordon Rush, Zara, Sanders and Cheaney.

Sneakers ruled, however, with everything from toned-down high-tops in basic black to the ever-popular gored slip-on. Sandals were practically absent from the show scene, perhaps not considered appropriate when conducting business — even if the business at hand was fashion.

While athletic looks dominated, there were more serious footwear statements being made in classic wingtips, done in monochromatic versions and retro two-tones. And guys did away with hosiery, opting for a sockless look.

It was clear, however, everyone wanted to show off their shoes, opting for shorts or rolling up pant legs for a full reveal. And after footwear, the accessories story continued with messenger bags worn across the body in addition to an array of tote bags and backpacks, with hats coming in a close second.

To see all the looks, click through the gallery below.