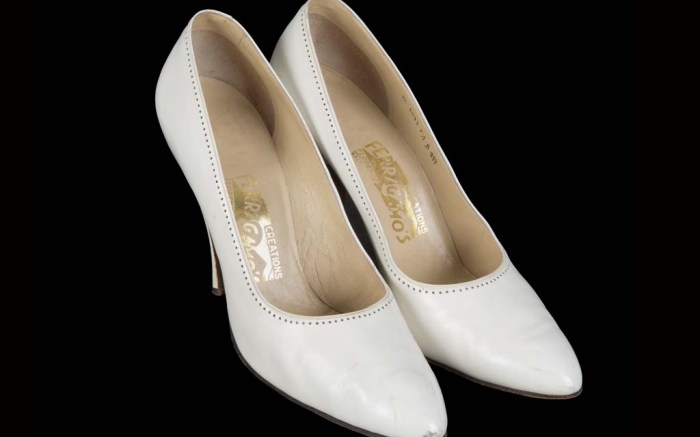 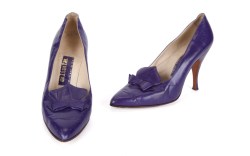 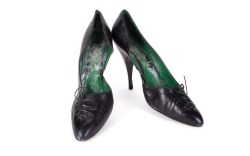 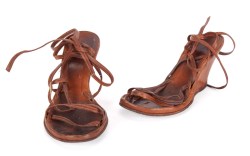 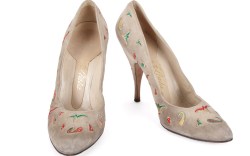 Some like it haute — especially when you’re a blonde bombshell with a penchant for Ferragamo.

Marilyn Monroe: The Legacy of a Legend exhibition features the sex symbol’s beloved designer Salvatore Ferragamo shoes, among other footwear labels, costumes, personal items and jewelry, now on view for the public at London’s Design Centre through June 20.

The collection, which kicked off on Wednesday, will go on tour in Asia and South America before concluding in Los Angeles from Nov. 14-18. The memorabilia is expected to be worth nearly $4 million and will be up for bids on Nov. 19 through Julien’s Auctions.

Salvatore Ferragamo personally designed 40 shoes for the movie star, whom he compared to Venus, the Roman goddess of beauty.

“Women who come to me can be divided into the Cinderella, the Aristocrat, and the Venus,” Ferragamo once wrote. “Venus is usually a great beauty, of glamour and sophistication, yet under a glittering exterior she is often a homebody, loving simple things.”

The 5-foot 3-inch icon preferred her footwear to have 4-inch heels.

Among the other shoes featured in the collection, a pair of red Italian leather stilletos by Dal Co., burgundy platform sandal heels by Anello & Davide of London, a pair of beige suede heels with inset cutouts featuring colorful embroidered paisley designs by Aliata, and a pair of red canvas heels from I. Magnin & Co. of California that were formerly owned by actress-singer Mitzi Gaynor.

Other items presented in the exhibition include the sheer beaded dress from “Some Like It Hot” and diamond earrings the stunner sparkled in at the premiere of “The Seven Year Itch” on June 1, 1955.