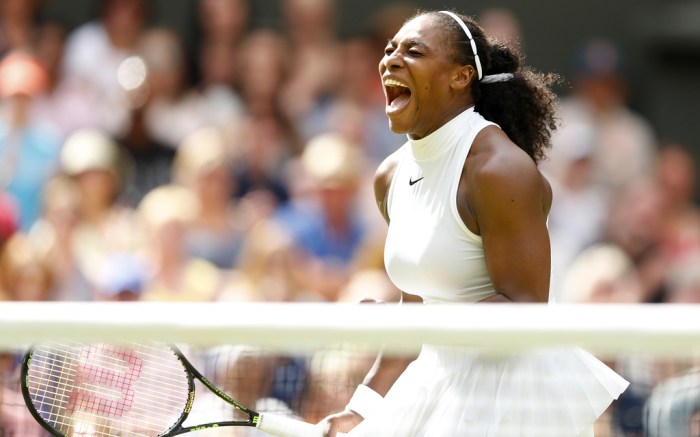 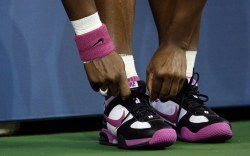 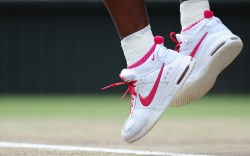 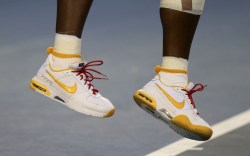 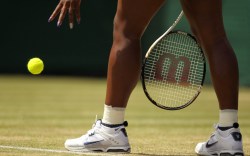 She just did it. Serena Williams, who has been chasing her 22nd Grand Slam title since last September, has finally achieved that goal in her Wimbledon finals’ match against Angelique Kerber.

Nike-sponsored Williams, who also has her own fashion line for HSN, beat Adidas-sponsored Kerber in two sets. She has now tied Steffi Graf for the modern-era Slam record, a huge feat in the tennis world.

It was a particularly sweet victory for Williams. She lost earlier this year to Kerber in the Australian Open.

The champ had some high-profile crowd support on Saturday. Beyoncé and Jay Z were in the house, along with Ellen DeGeneres and Portia de Rossi. Her loyal family also cheered her on, including sister Venus who will team with Serena later today in the doubles final.

Through all of her wins (and losses) at Grand Slam tournaments over the years, Williams has also wowed the crowd with her fashion choices. This year at Wimbledon, her trendy white dress has generated plenty of buzz.

This year at Wimbledon, Williams is wearing a crisp white version of her signature sneaker, the NikeCourt Flare, which is available now on Nike.com for $200. She has been wearing the shoes since the 2015 Australian Open, and each pair embodies Williams’ unique style. Case in point: Even at Wimbledon, where the dress code calls for traditional tennis whites, she managed to slip in a little personality by featuring her heart logo on the shoe’s back pull tab.

For a look at Williams’ Grand Slam shoe style over the years, click through the gallery.