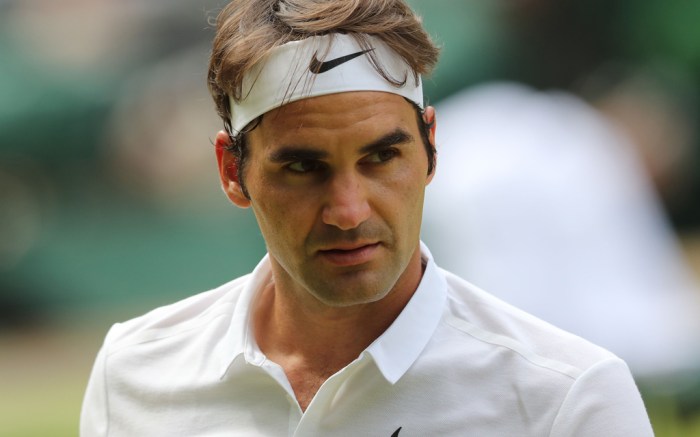 Tennis star Roger Federer has won 17 Grand Slams in his career, the most by any male tennis player in history.

So for a player as accomplished as the 34-year-old Swiss, his on-court shoes should certainly match his caliber of play. Luckily for Federer, Nike has been creating special shoes for him for years now. As Federer began to rack up titles, Nike started incorporating his number of titles on his shoes.

This year at Wimbledon, Federer’s NikeCourt Zoom Vapor 9.5 Flyknit feature a London skyline and the number 7, representing his seven Wimbledon titles. If Federer wins the tournament this year, he’ll surpass Pete Sampras for the most titles in history at the All England Club. Federer is battling Milos Raonic on Friday in the semifinals.

Federer last won at Wimbledon in 2012, so he’s been wearing the number 7 on his shoes for several years now.

This year isn’t the first time Federer has had a city skyline on his feet. At the 2010 U.S. Open, the New York City skyline was splashed across his heel in light blue.

And in perhaps a nod to sneakerheads, Federer wore a pair inspired by the Air Jordan 3 at the U.S. Open in 2014.