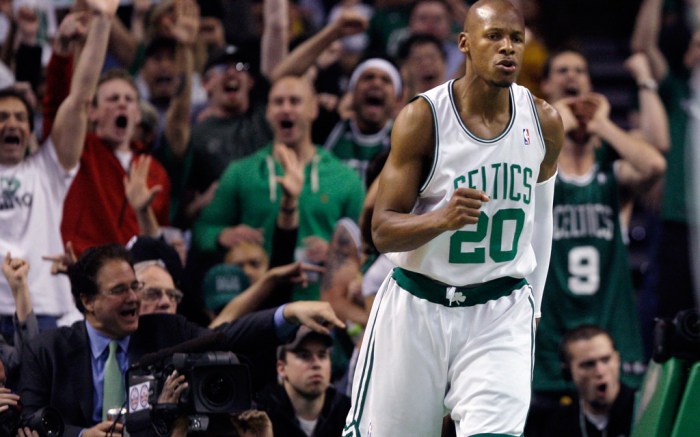 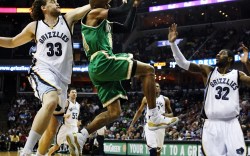 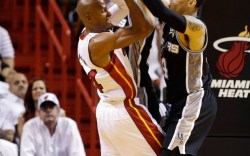 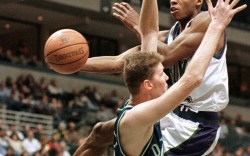 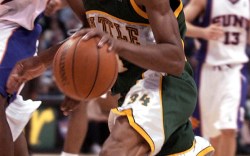 Two-time NBA champion Ray Allen has called it a career.

The greatest 3-point shooting threat that the league has ever seen announced his retirement today, penning a “Letter to My Younger Self” on The Players’ Tribune, stating he’s “completely at peace with himself,” closing a career that spanned 18 seasons. Allen — who holds the record for most career regular season 3-pointers made with 2,973 — started his career with the Milwaukee Bucks and later suited up for the Seattle SuperSonics (now the Oklahoma City Thunder), the Boston Celtics and the Miami Heat.

The baller, who was selected fifth overall in the 1996 NBA Draft, won his first title in 2008, while with the Celtics. His second came in 2013 as a member of the Heat. With Miami, he hit the greatest 3-pointer in franchise history, burying a shot in the corner over Tony Parker of the San Antonio Spurs with less than six seconds remaining, tying Game 6 of the NBA Finals and forcing a Game 7. While winning titles and appearing in 10 all-star games, he also starred in arguably the greatest basketball movie ever made, “He Got Game,” alongside Denzel Washington.

And for the hardcore sneaker fan, there are few players with more heat (pun intended) on the court than Allen. The Jordan Brand athlete always played in stellar kicks, often in player’s editions of Michael Jordan signature shoes (as well as selections from the Jumpman team line). Those looks included iterations of the acclaimed Air Jordan 2, Air Jordan 11, and Air Jordan 12 silhouettes.

Click the link below to see some of the best shoes the NBA superstar laced up throughout his career.