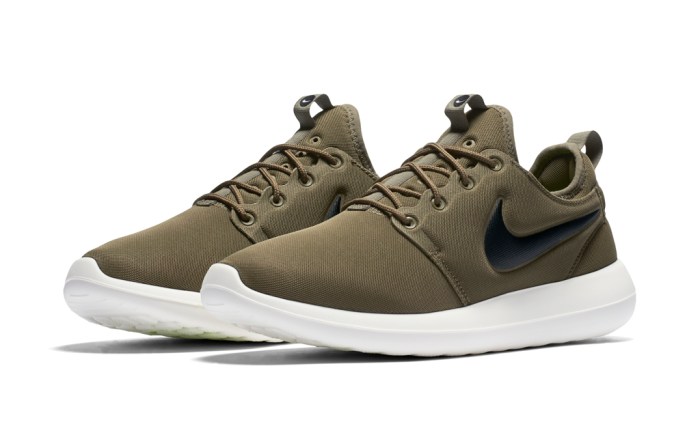 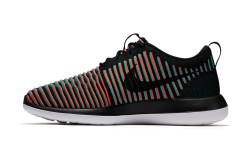 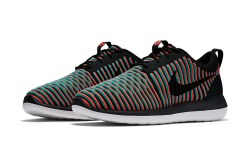 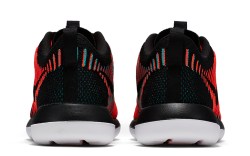 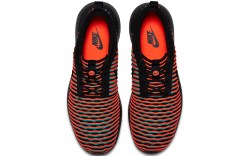 It’s been a long time coming, and today Nike has officially unveiled the sequel to the massively popular Roshe.

“[Footwear] insoles were initially used to cover up stitching at the bottom of the shoe. Now, they are the first layer of a cushioning system,” Raasch said of the Roshe Two’s underfoot tooling, which utilizes a dual-density memory foam insole and a lightweight, cored outsole.

Meanwhile, Raasch and his team also focused on the Roshe Two’s upper, which will be available in both Flyknit and mesh-based constructions. “[All-day footwear] should basically be an adaptive glove for your feet,” Raasch said.

One of the most important goals in designing the Roshe Two was to find a setup that would allow for all-day comfort. To achieve this, the Roshe Two is built with a stretchy, breathable upper that will accommodate the wearer’s foot as it swells and sweats throughout the day and a supportive midsole.

The Nike Roshe Two Flyknit will launch internationally via the Nike Tech Book on Aug. 25, with debut colorways including the women’s black/blue/green and men’s black/red/blue styles seen here.

Next month, the North American launch and the release of the women’s gray and men’s olive mesh colorways will take place on Sept. 1 on Nike SNKRS and the Nike Tech Book.