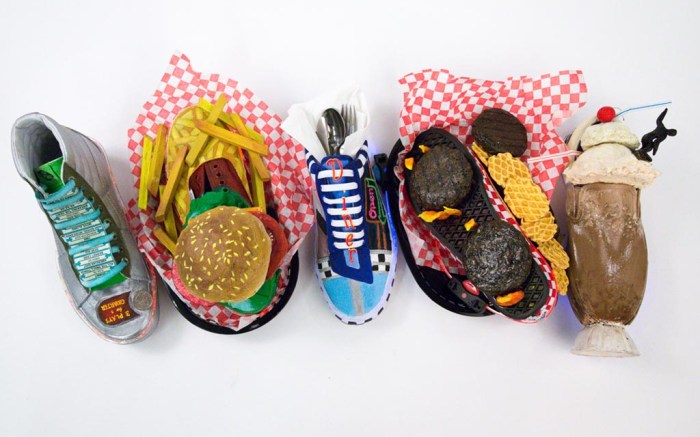 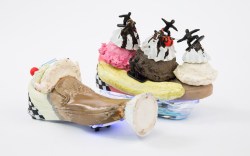 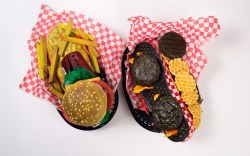 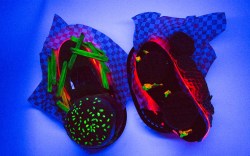 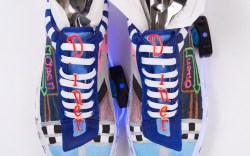 Victory has never looked so sweet.

Art students from John P. Stevens High School in Edison, N.J., were announced as the grand prize winners of Vans’ Custom Culture contest at a ceremony held at Mama gallery in Los Angeles on Wednesday.

The teens created a spectacular diner-themed design out of white Vans sneakers as a classroom project for the sportswear label’s 7th annual competition.

The school won a $50,000 donation toward its arts education program.

Some of the reimagined kicks were designed to resemble classic greasy-spoon fare — hamburgers and fries — and included LED fixtures.

One of the five designs from the winning school has the potential to get produced for sale at select Vans stores and on the brand’s website to benefit high school arts education.

Nearly 3,000 high schools across the country submitted their classroom-customized kicks for the contest.

“These are amazing talented artists doing things we could never have imagined,” Vans general manager Doug Palladini told Footwear News at the event, which featured a performance by Echosmith. “We didn’t really know what we were getting into when we started this.”

The competition originated from a Vans sales representative who established provided high school students in Boulder, Colo., with plain white leftover Vans and a challenge — redesign the sneakers and showcase them in a fashion show, then called Fresh 23. At the time, arts education across the country was in decline.

“This was seven years ago when it started,” Palladini explained. “This was right when all the public schools were taking creativity-based curricula out of the classroom — so drama, art music — the things that really allows kids to express themselves were becoming things you had to pay for and go to after school. That goes against every fiber of our being as a brand at Vans.”

Palladini added that the label’s commitment to the program “supports this concept that art and creativity has a role inside of high schools all over this country.”

Click through the gallery below to see sneakers designed by the top five finalists.