NBA Opening Night: The Sneakers on the Court 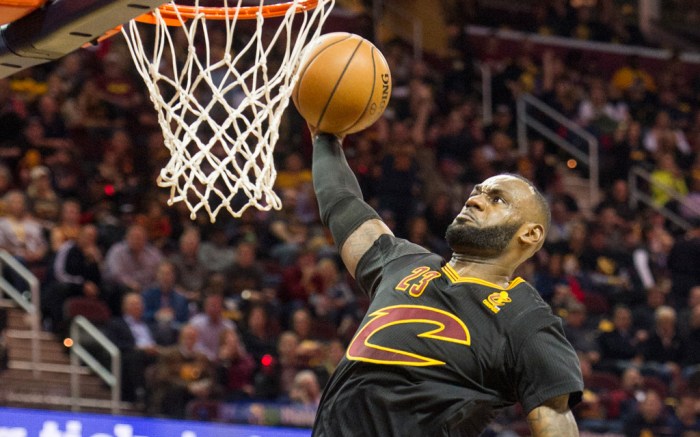 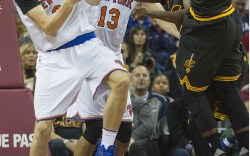 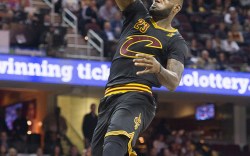 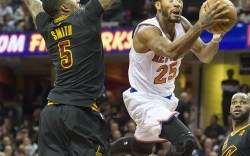 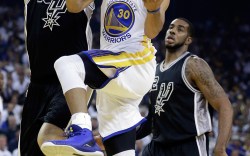 Opening night of the NBA season had its highs and lows.

LeBron James, Kyrie Irving and reigning NBA champions the Cleveland Cavaliers hit the hardwood in winning form last night, thrashing the New York Knicks at home 117-88. Kevin Durant’s first game with the Golden State Warriors was a disappointment, thumped by the San Antonio Spurs at home 129-100. And Damian Lillard proved why he’s one of the league’s best, dropping 39 points on the Utah Jazz, leading the Portland Trail Blazers to a 113-104 win.

But for the basketball-sneaker fan, there were no lows on the court Tuesday, just highs.

Nike athletes — including James, Durant and Irving — debuted their respective signature shoes in “Battle Gray” colorways, Stephen Curry rocked his latest Under Armour model in the “Dub Nation Heritage” look, Adidas had several athletes (including Kristaps Porzingis of the New York Knicks) in its Crazy Explosive silhouette (as well as Damian Lillard and Derrick Rose in their own styles), and several colorways of the Air Jordan XXXI hit the court as well.

Click the slideshow below to see some of the best kicks worn on opening night.