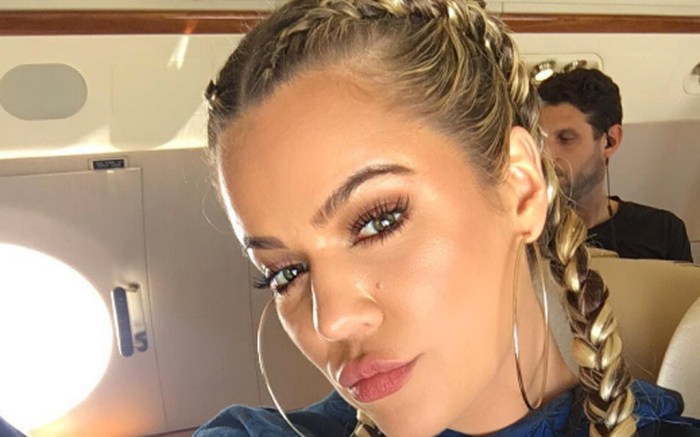 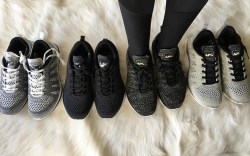 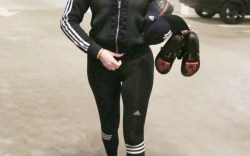 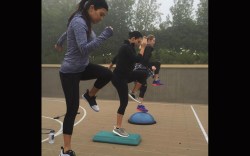 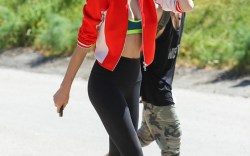 Khloé Kardashian — who was the last of her family to sign up for Snapchat — took to the app last night after receiving a shipment of APL running shoes.

The “Keeping Up With the Kardashians” star gave a shout-out to Adam Goldston and Ryan Goldston, co-founders of Athletic Propulsion Labs, in the video. The twin designers will be participating in a special panel that examines the challenges they face as a young brand trying to break into a competitive business during FN’s 2016 Summit in NYC next month.

The Kardashians have posted their extreme workouts on Snapchat on daily basis, so it’s no surprise Khloé was excited to receive new shoes. APL is a go-to for the famed family. Kendall Jenner, Kourtney Kardashian and Kim Kardashian West have all been spotted in the Athletic Propulsion Labs sneakers — particularly favoring the TechLoom style.

The spring iteration of the Ascend — APL’s first training shoe — is in stores now and retails for $185. The shoe comes in four colorways: black with a multicolor print; cosmic gray and metallic silver; red and metallic silver; and eggshell, faded denim and burgundy. It features a full-length honeycomb mesh upper with minimal overlays, and the brand’s proprietary Propelium midsole and outsole.

Other spring designs launched include the TechLoom Pro and the Prism.

Click through the gallery below to see the Kardashians in their APL running shoes.

APL Twins On A Roll: From Forbes 30 Under 30 To Winning Sales Streak