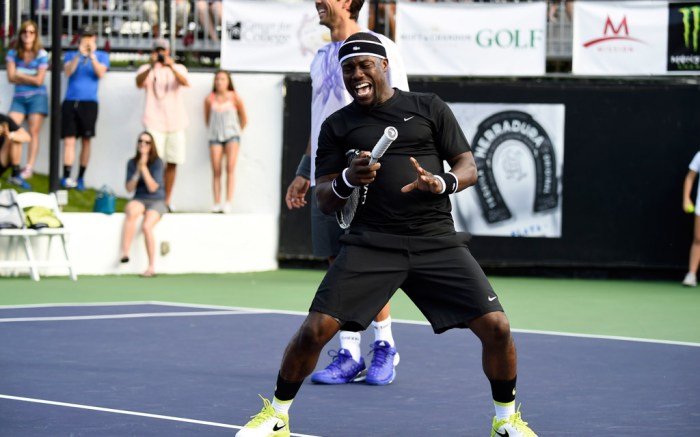 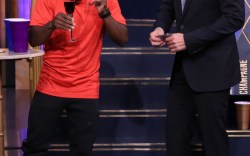 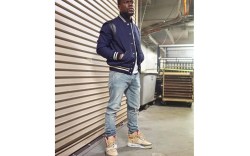 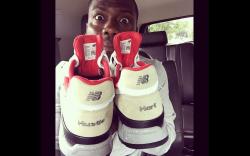 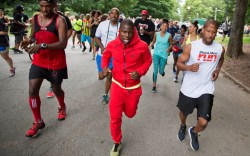 It’s hard to pigeonhole Kevin Hart professionally; the celebrity has made a name for himself in standup, on the small screen and also starring in major movies. But one label that Hart rightfully owns is sneakerhead.

Whenever Hart makes a public appearances, he has some heat on his feet – and it’s almost always the latest and greatest Nike has to offer. From events benefitting charities to movie premiers and more, the Swoosh is almost always present.

Hart announced on “The Tonight Show Starring Jimmy Fallon” last month that he teamed up with the Beaverton, Ore.-based athletic behemoth on a signature training shoe, the Hustle Hart, which is due in stores this April. The day before his appearance on the show, Nike shared the story of Hart’s personal fitness journey and showed off the gear he wears when working out.

With the comedian set to coach during the NBA All-Star Celebrity Game presented by Mountain Dew tonight – which airs on ESPN at 7 p.m. EST – Footwear News took a look back at the best Nike kicks Hart has worn during public appearances. Click through the gallery to check out what the megastar has worn.

Kevin Hart Shares His Reasons For Running With Nike

Kevin Hart Stars In A Pair Of Foot Locker Ads