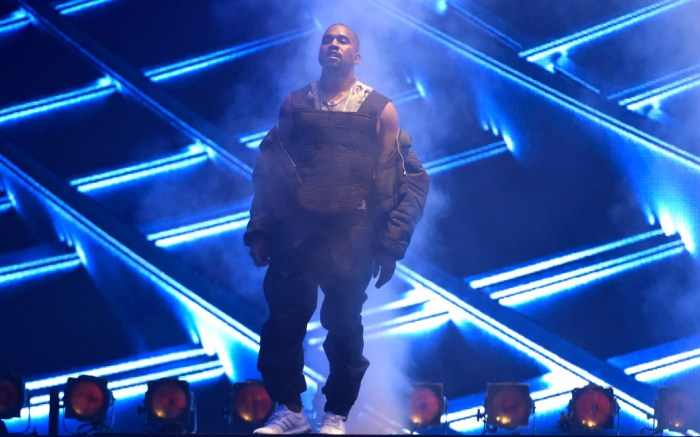 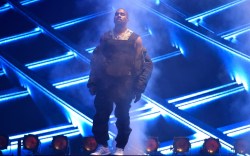 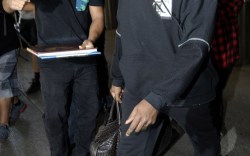 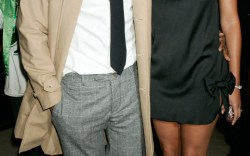 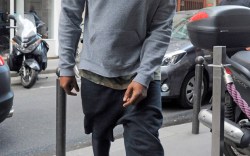 Kanye West’s tenure with Adidas may be young, producing a slew of Yeezy Boost silhouettes that the masses can’t wait to get their hands on, but his love for the brand spans more than a decade.

Prior to the release of “The College Dropout,” his critically acclaimed debut album that hit stores on Feb. 10, 2004, the rapper and producer released his “Get Well Soon” mixtape. On the cover, West was sporting the Adidas Marathon TR II.

The Germany-based athletic brand wasn’t just a part of his wardrobe, but also a frequent subject of his verses. “When the album coming out? Man the people is asking/Yamamoto Adidas is sick with the fashion,” West rapped on “Heavy Hitters” from his “I’m Good” mixtape.

Although the rest of his style has changed, with baggy jeans giving way to suits to joggers, his love for the three stripes has not. Before any Yeezy Boost dropped, the rap megastar has been spotted in award shows, performances and out in public in a number of the brand’s classic kicks, from the ZX Flux to the Stan Smith, the Rod Laver, and more.

West’s star power has even an unexpected bump in popularity to the brand’s celebrated Ultra Boost running shoe. West wore an all-white pair onstage at the 2015 Billboard Music Awards, leaving his fans wondering if that was his long-awaited low-cut follow-up to his Yeezy Boost 750.

Although Yeezy collabs are seldom absent from his feet, the product of Chicago still steps out in other Adidas silhouettes, such as the black-and-white Ultra Boost he was wearing in January at Los Angeles International Airport.

While people await his next release – with much speculation, it’s the black-and-white 350 he’s been wearing lately – here’s a look back at other West Adidas favorites.

How Kanye West’s Yeezy Has Boosted The Resale Market