Warriors vs. Cavaliers: The Hottest Kicks From The 2016 NBA Playoffs 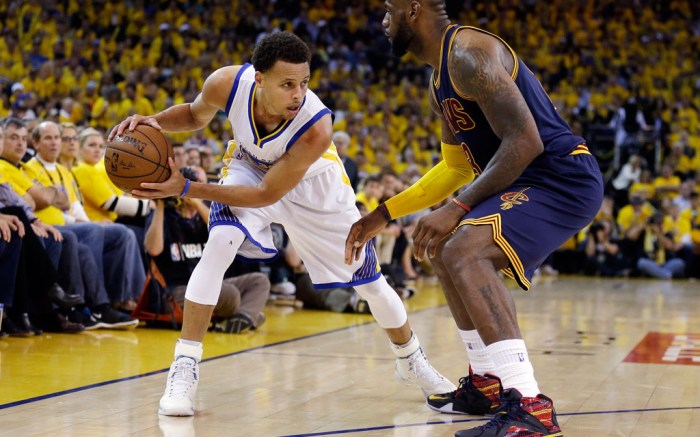 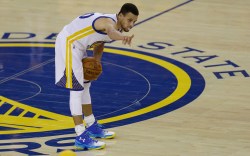 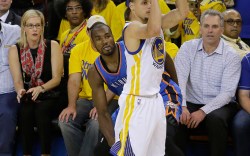 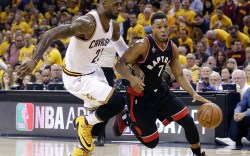 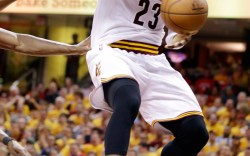 LeBron James and the Cleveland Cavaliers — with a healthier roster now than who they hit the court with in the 2015 NBA Finals — will look to get revenge on Stephen Curry and the Golden State Warriors starting Thursday night at the Oracle Arena in Oakland, Calif., with the 2016 NBA Finals set to begin at 9 p.m. EDT. Last season, the Cavaliers fell to the Warriors in the Finals in six games, with Golden State walking away with its first title in 40 years.

But not everyone is interested in the on-the-court matchup between the Western Conference and Eastern Conference powerhouses. Instead, what sneakers are worn during the series takes precedence.

But Curry isn’t the only Golden State player who hits the hardwood in top-notch kicks. Draymond Green has been playing in various player’s edition iterations of the Nike Zoom HyperRev 2016, and Klay Thompson has worn his Anta KT signature shoe.

And the Warriors aren’t alone in stellar sneaker moments. The Cavaliers — led by Nike-sponsored James — have played in styles and colorways any sneaker enthusiast would love to have in their collection. James has played in multiple colorways of his Nike LeBron 13 Elite shoe, and fellow Nike athlete Kyrie Irving has played in different Kyrie 2 player’s editions. J.R. Smith also plays in heat, mostly lacing up the Nike LeBron 13 Low throughout the playoffs.

Click through the gallery of the top 2016 NBA Playoff looks from the Warriors and Cavaliers.