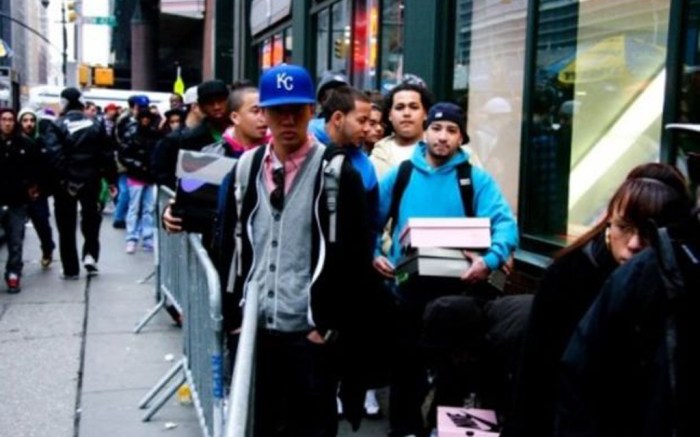 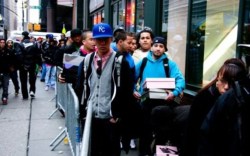 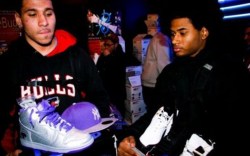 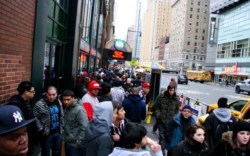 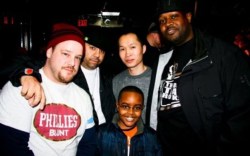 With the amount of fans that Sneaker Con has, it’s hard to believe the massive event started just seven years ago.

On the eve of New York City’s first two-day Sneaker Con expo, event organizers shared images with Footwear News from the first-ever event, which took over the Times Square Arts Center on March 1, 2009. Attending the inaugural event were some familiar faces in the sneaker world, people that sneakerheads today look up to including the Sneaker Con co-founder Yu-Ming Wu, Mayor, DJ Clark Kent, Stash and more.

The event also featured some of the rarest and most sought-after sneakers to ever hit retail. Nike and Jordan Brand reigned supreme at the 2009 event, and even though you could expect the same brands to be dominant once again, Wu believes this weekend you’ll see a lot more Adidas — specifically Yeezy looks, Ultra Boosts and NMDs.

Before this weekend’s event kicks off, click through the gallery below for a look at the debut Sneaker Con NYC event.

For those looking to attend, Sneaker Con NYC is scheduled for Saturday and Sunday at the Javits Center North, located at 608 W. 40th St. The doors to the event will open each day from noon and close at 7 p.m. A two-day pass costs $40, and a pass for just Saturday or Sunday costs $25.