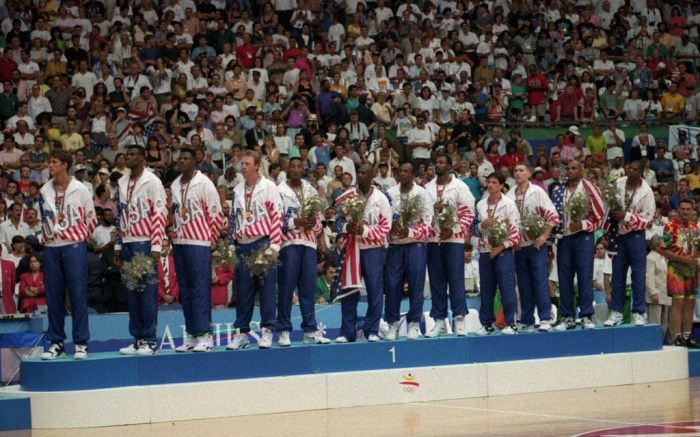 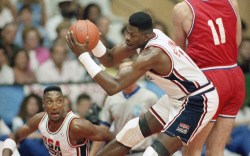 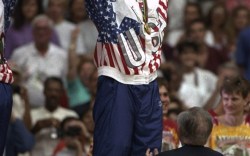 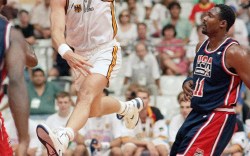 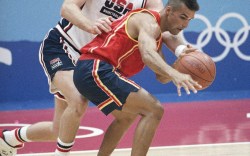 The U.S. Olympic men’s basketball teams often produce gold medal performances. Also produced during their runs on the court are stellar, sought-after iterations of the time’s most beloved basketball sneakers.

The kicks spotted on the court are often what sneakerheads and ballers alike look to pick up as soon as they drop, from retro releases to today’s classics. The Olympic-themed sneaker craze got its start with the 1992 squad, dubbed the Dream Team, which was the first Olympic team assembled entirely of professional players — along with Christian Laettner, who had not played in the NBA prior to the Summer Games.

Although the Swoosh adorns the feet of most of the current roster, the Dream Team featured athletes in a number of brands including Nike, Converse and LA Gear. Subsequent teams featured fewer brands, with Nike still dominating. Aside from Nike-sponsored players, the 2016 lineup also features Adidas and Anta athletes.

And even though the shoes the team will wear in Rio — including the Nike Zoom KD 9, Nike Hyperdunk 2016 Flyknit, and the Adidas Crazylight Boost 2016 — are flying off retail shelves, sneaker addicts still desire the silhouettes worn by the Dream Team more than 20 years ago as well as the shoes from subsequent squads.

With the games starting Aug. 5, Footwear News ventured into the past — starting with the Dream Team — for the best looks from Olympic men’s basketball past.

8 Major Athletes Who Won’t Be At The Rio Olympics

Nike’s Roger Federer Out Of Rio Olympics With Knee Injury

IOC Will Not Impose Collective Ban On Russian Olympic Athletes