Top 7 Shoes Worn By Kobe Bryant In His Final Season 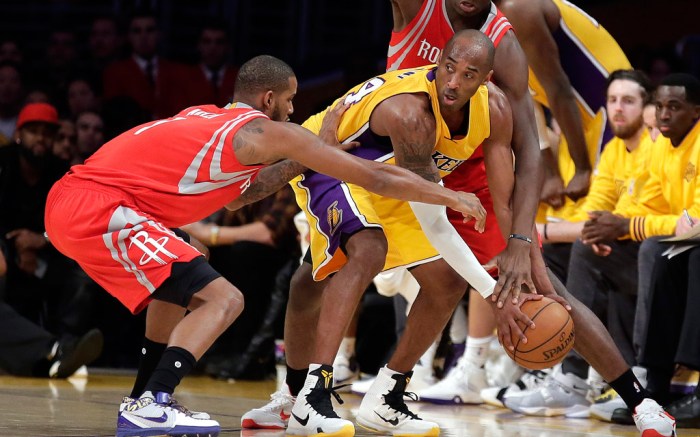 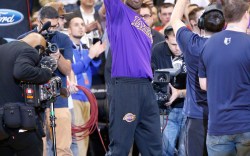 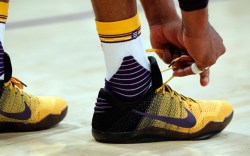 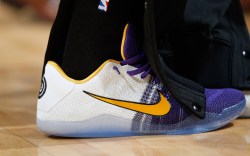 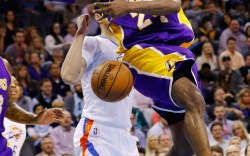 The NBA will say goodbye to an icon tonight when legendary Los Angeles Lakers guard Kobe Bryant plays his final game. The 37-year-old is wrapping up his 20-year NBA career in a familiar place, stepping foot on the Staples Center court in Los Angeles one last time. Tipoff against the Utah Jazz is scheduled for 7:30 p.m. PDT.

His astounding career is filled with stellar sneaker moments, hitting the hardwood in some of the most celebrated basketball silhouettes in the sport’s history, loved by basketball players, Bryant fans and sneakerheads. This season, Bryant has hit the court in two of his signature shoes, the Nike Kobe X and his final on-court shoe with the brand, the Kobe 11.

Although Bryant hasn’t put up the league-leading statistics this season that he has in his past — he’s averaging 16.9 points, 2.8 assists and 3.7 rebounds per game in the 2015-16 campaign — his long list of accomplishments put him among the greatest to ever play in the league. Bryant is a five-time NBA champion with two Finals MVP awards, the 2008 NBA MVP award and 18 NBA All-Star selections to his credit.

Kobe Bryant Says He Brings Shoes To Sign After Every Game